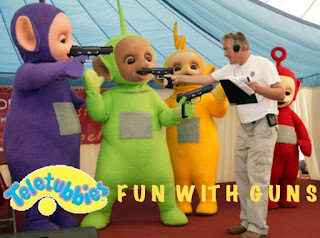 Video tape of Dennis Karbovanec explaining to the police what happened when he was shot at was played at Jamie Bacon's murder trial. It sure has opened a can of worms. Literally. Jamie Bacon is on trial for ordering the murder of his own associate in the Surrey Six. The two star witnesses are the shooter Jamie hired and the sleazebag sent to lure DK into a trap. This is all one big cease pool of parasites exposed so it is.

"Karbovanec told police that he figured out that Johnston was likely not involved because he was also left behind after the others fled and also seemed surprised by what happened. After the shooting, Johnston called out to Karbovanec as he was hiding in the bushes. I say: ‘Matt, what the f–k happened? He goes: ‘CD tried to shoot you.’ I go: ‘What the f—, man?’”

Exactly. WTF. "In another clip, Karbovanec said AB called him after the attempted murder. “My cell phone starts to ring at home. I answer it. I go: ‘You f—ing piece of sh–. You missed, you f—ing goof.’ I hang up the phone,” Karbovanec recounted to police. “He phones back again. I pick up the phone and go: ‘How dare you, you betraying piece of sh–. I’m your friend and you tried to kill me.’ I’m like: ‘F— you man, I’m alive and you missed.’ I hang up the phone again.”

"AB testified Monday that the parts of Karbovanec’s interview played in court were shown to him by police after he was arrested for the shooting in August 2010." So there ya have it. AB is the one that lured DK to a dead end street and CD is the one Jamie hired to shoot DK. Allegedly. DK was a co accused in the Surrey Six. DK shot Chris Mohan who was an innocent bystander. As soon as they start busting caps DK's way he goes running to the PoPo like a f*cking Teletubbie just like the Softside did. That's the red and white's MO here in BC.

Likewise, AB, the one that lured his friend into a dead end road to get shot flips as soon as the police show him the video of DK's interview. So he and the shooter both cut a deal to avoid having to go to jail. There is nothing noble in that. It's great that they are finally going after the person who ordered the murder but I want to be very clear, there are no good guys here. These are all two bit sleazebags out for themselves and no one else.

Kim Bolan also reported that after the botched hit on DK Jamie Bacon got AB to write DK a note telling DK why AB wanted him dead and Jonathon Preppy little dead a*ss b*ch Bacon delivered the note to DK to throw suspicion off of Jamie. AYFKM? A cesspool of sleazebags alright.

They lure one of their friends aside and try to shoot him then deny it was them after they missed. That is the MO of these preppy little b*tches that I object to. DK was shocked. What are you doing? I'm your friend?! The same thing you did to Corey Lal and his guys. You betrayed them and they betrayed you. It's a dog eat dog world. I don't mean dog as in Dawg. I mean dog as in dog sh*t because that's all they are. There is no L&R or honor in any of them. None whatsoever.