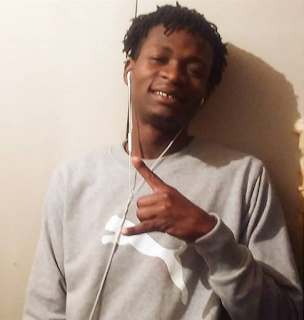 In 2012 the Ottawa Sun reported that "New gangs are infiltrating Ottawa as they try to grab a piece of the city’s lucrative drug trade, police say. Gangsters from Gatineau, Montreal and Toronto have surfaced in Ottawa in recent months, including the Boy Blue Devil’s Crew, which is new to police in the National Capital Region. The influx of outside gang members is difficult to quantify, but police say it brings the potential for violence as groups try to muscle in on rival drug territory to set up trafficking networks."

"Police say the Crack Down Posse, Bo Gars and Ruffryders, are also re-emerging in the city. The deadly shooting of Apaid Noel on Feb. 19, 1998, outside a Byward Market nightclub was tied to a bloody conflict between the Crack Down Posse and the Bo Gars."

We know that the Bo Gars (short for Beaux Garçons) were also known as the Reds because they wore red and affiliated with the Bloods while Greg Wooley helped the Hells Angels supply all the Crips in Montreal with cocaine. Crips wear blue. That's more of an old LA thing. When you see white trash in Surrey flying a blue or red flag in their back pocket that just means they're an idiot. It doesn't mean they're affiliated.

So now we see another Hells Angel affiliated gang show up in Ottawa called the Ruffryders trying to muscle in on the drug territory. Marckens Vilme is the guy from the Montral Ruffryders accused of shooting the Surrey Girl wannbe from Larry Amero's drug trafficking network in Mississauga. He wasn't from the Bo Gars. He was from a Hells Angel affiliated network. So really the Ontario Village Idiots are just getting payback for doing the exact same thing in Winnipeg.

There are three groups of people you don't want to f*ck with - the Rizzutos, the Quebec Hells Angels and the Haitians. Larry Amero's West Point crew of pea brain princesses are f*cking with all three. Not a very smart move. They will all be extinct very soon unless they bow down and respect the Dons. Mark my word. Happy Saint Paddy's Day yo. Top of the Mornin to ya.