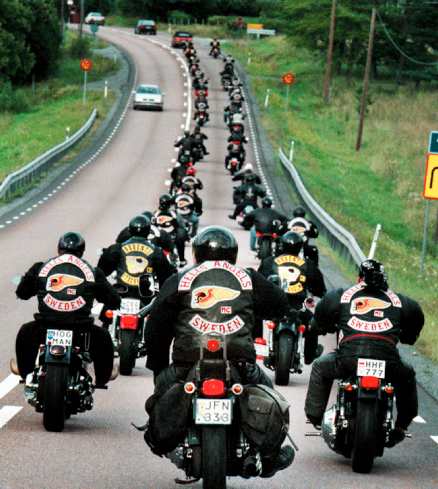 The ride out, which is the culmination of Hells Angels Motorcycle Club's (HAMC) ‘Euro Run’, is expected to cause major disruption in East Surrey (link is external) and Sussex on Saturday June 1 while police have also warned motorists to expect a large number of bikers in the area for the duration of the event.

It is the first time the three-day event, between May 30 and June 1, has been held in the UK and is being done so to mark the 50th anniversary of the HAMC in the country.

Officers from Surrey Police (link is external) and Sussex Police have had leave and rest days cancelled to cover the event, and others, in what is set to be an extremely busy week for police.

Assistant Chief Constable Nev Kemp, who is leading policing operations for both Surrey and Sussex during the period, said: “We are approaching an incredibly busy time with lots going on and thousands of visitors expected across both counties.
“Public safety remains our first priority and we have been working closely with our partner agencies to prepare and put plans in place which ensure we can meet all the different policing requirements of these events whilst continuing to deliver day-to-day service.
“Officers from both Surrey Police and Sussex Police have had leave and rest days cancelled and, as well as local teams, we will have additional support from other forces so you can expect to see high numbers of police out on patrol responding quickly to any incidents.
“We want everyone to have a safe and enjoyable time during this period. Residents and visitors should be in no doubt that any anti-social behaviour or criminal activity will not be tolerated and any reports will be dealt with swiftly.”

The HAMC ‘Euro Run’ has been described by police as a festival-style event being held at an East Surrey hotel that will attract members from all over the world. Police have not disclosed which hotel is hosting the event.

It culminates in a ride out of around 700 motorcycles, accompanied by police outriders, from the A23 Pease Pottage to Brighton seafront between 2pm and 4.30pm on June 1.