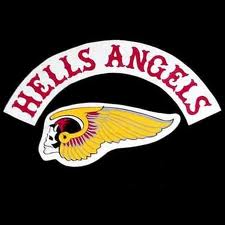 A large number of motorcyclists are headed to East Surrey
Police have arrested two Hells Angels motorcyclists on the M25 (link is external) on suspicion of possessing an offensive weapon in public.

Sussex Police said it stopped and searched a vehicle at the side of the motorway near to Clacket Lane services on Tuesday evening (May 29).

The two arrested have travelled to the county as part of the Hells Angels Motorcycle Club (HAMC) 'Euro Run' that is being held at an East Surrey hotel this weekend (May 30 to June 1).


Up to 3,000 bikers are expected in the county (link is external) for the three-day event, with major disruption likely as the event culminates in a 700 motorcycle ride out to Brighton.

Officers from Surrey Police (link is external) and Sussex Police have had leave and rest days cancelled to cover the event, among others.

At the same time as making the arrests, officers also said they spoke to a number of motorcyclists at the services as part of the "ongoing operation to engage with riders coming here for the event".

The two people are currently in custody.
Police have described the HAMC 'Euro Run' as a festival-style event being held at an East Surrey hotel that will attract members from all over the world. Police have not disclosed which hotel is hosting the event.

Force outriders will accompany the 700 motorcycles as they travel from the A23 Pease Pottage to Brighton seafront between 2pm and 4.30pm on Saturday (June 1).