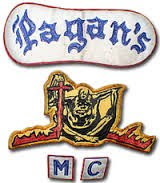 An Upper Township man is jailed for attempted murder after a motorcyclist was critically injured in an apparent hit and run.

The victim is in critical condition.
Police received multiple 911 calls at about 2:30 p.m. Sunday, reporting that a possible road rage incident led to a crash involving a motorcycle, according to the affidavit obtained by BreakingAC.

When Miller stopped the truck, driver Noah Frost said he knew nothing about the damage and that the truck was probably struck while parked in the Harrah’s Atlantic City parking garage, according to the affidavit .

But an investigation by Sgt. Michael Schnurr and Miller determined that Frost’s truck was the one involved. The damage to the front end was consistent with the damage to the motorcycle, the report states.

Frost, 35, struck the victim, ran him over with his truck and then drove away at a high rate of speed, according to the attempted murder charge.

He is additionally charged with assault by auto, aggravated assault and leaving the scene of accident.
The victim’s name was not released, but journalist Kevin C. Shelly reported on his KauffmanCase Facebook page (link is external) that the critically injured man is Ben DiPilla, a former member of the Pagans Motorcycle Club.

DiPilla was identified as a Pagan when he was one of two men arrested in 2016 in a drug-and-weapons dealing investigation (link is external).

The attack on DiPilla appeared to be part of a beef over suspicions within the outlaw biker community about the drug case, Shelly reported.

Frost is currently a member of the Pagans, Shelly said. Shelly has done extensive research in to the club in preparation for writing a book about the April Kauffman murder case and its connection to the Pagans.