Posted by MC & Gjengkriminalitet June 27, 2019
The Commissioner of Police wants to sell luxury cars and Harley-Davidson motorbikes belonging to members of the Comanchero gang.

A Rolls Royce, three Land Rovers and five Harley-Davidson motorbikes were among $3.7 million assets seized by detectives during raids in April.

Police arrested six people in the raids that took place across Auckland. As well as gang associates, police also charged a lawyer and an accountant, alleging they had helped the gang.

The pair have name suppression. One of the motorbikes seized by police during raids on the Comanchero gang
The police used the Criminal Proceeds (Recovery) Act to freeze assets belonging to the men which are now subject to court orders.

Under the legislation, if the Commissioner of Police can prove the cars and bikes were bought with money made from selling methamphetamine, the assets can be sold and the Government will keep the money.

The case was called at the High Court in Auckland on Wednesday where Crown prosecutor David Wiseman represented the Police Commissioner.

Wiseman said the Commissioner wants the vehicles sold now because they are losing value. Money made from the sales would be held by the Official Assignee before a hearing takes place to determine if the cars and other assets were bought with drug money. Defence lawyer Harrison Smith is part of the legal team that represents Comanchero president Pasilika Naufahu and other Comanchero associates. He said some of his clients are being held in prison and getting instructions from them is proving difficult. Justice Mark Woolford adjourned the case for a further two weeks to allow Smith to talk to his clients. 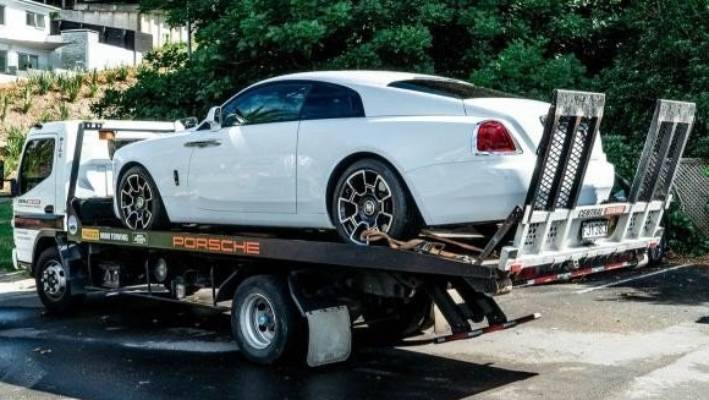 NZ POLICE
A Rolls Royce Wraith seized by the police

The hearing on Wednesday also heard details of other assets seized by the police. The lawyer charged with money laundering has had a residential address associated with him frozen. But at Wednesday's hearing it was revealed that the police also found over $12,000 in cash in his office desk drawer.

That too has now been frozen.
A 2019 Mercedes e63, believed to be linked to Naufahu's co-accused Tyson Daniels, has also been seized.

A similar model listed on TradeMe has a recommended retail price of $231,000.

The court heard that Daniels was recently arrested for an alleged breach of his bail. During a search of his east Auckland home, the police found $247,955 in cash. That too has now been seized.

​Another Harley-Davidson motorbike has also been frozen.
The bike is registered in the name of Arnold Wichmar but Wiseman said the police had searched their databases and had found no trace of anyone by that name.

They also made inquiries with Inland Revenue and Immigration authorities.
"It's the Commissioner's belief that this is a fictitious entity," Wiseman said. Earlier this month, Stuff reported details of other assets seized by the police, including a $13,000 Louis Vuitton bag and a gold chain worth over $9000.

According to court documents, the application to freeze the assets, says the group "unlawfully benefited from significant criminal activity and they have interests in the property (or effective control of it) …".

Police say they believed the group had been supplying methamphetamine and cocaine, as well as money laundering.

The assets were seized back in April when more than 80 officers, including the Armed Offenders Squad, dog squad and a specialist search group, executed search warrants on addresses across the city and arrested Comanchero members and associates.

Shortly after the arrests were made, national manager of the Financial Crime Group, Detective Superintendent Iain Chapman, said the assets were significant because they were status symbols used as "a sphere of influence" to entice young people to join their ranks.


"These seizures are also about removing the symbols of status and influence used by organised crime groups to attract others to join," he said. 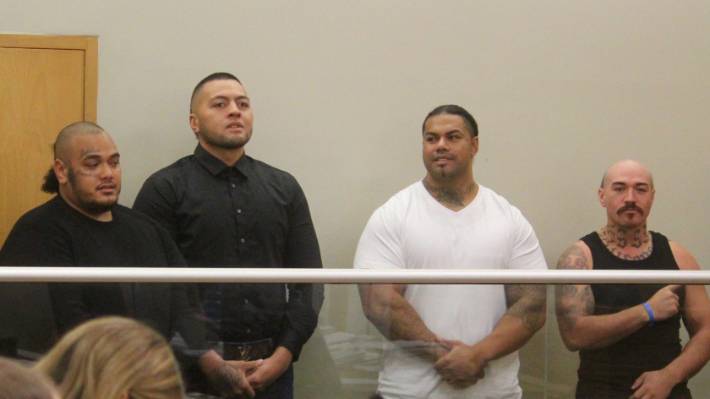 COMANCHERO FACTS
- The Comanchero Motorcycle Club was formed by William George "Jock" Ross, a Scottish immigrant, in Sydney in 1968.
- Ross chose the name after seeing the John Wayne film The Comancheros.
- In 1982, a second chapter was formed by Anthony Mark "Snoddy" Spencer. When visiting the United States, Spencer met members of the Texan motorcycle club, the Bandidos, and the two gangs became allies.
- The Bandidos eventually patched-over the second Comanchero chapter to become the Bandidos' first Australian chapter.
- The Comanchero and Bandidos are now rivals and, in 1984, the two clubs were involved in the Milperra massacre in Sydney, a shoot-out which left seven people dead, including four Comancheros, two Bandidos, and a 14-year-old bystander.