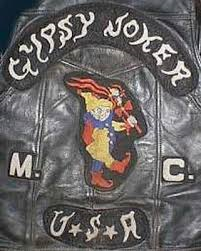 Gresham resident Earl D. Fisher, a Gypsy Joker Outlaw Motorcycle Club member, pleaded guilty Thursday to conspiring to engage in racketeering in connection with the 2015 kidnapping and death of a former club member.

Fisher, 49, is the second member of the motorcycle club to enter a guilty plea in the case.
Racketeering, murder and kidnapping charges are pending against five others, who are scheduled for trial Aug. 31.

As part of his plea agreement, Fisher acknowledged that the motorcycle club, from at least January 2008 until October 2018, was an “outlaw” organization whose members followed a written code of conduct, wielding their power through intimidation, violence and murder while enriching themselves through extortion, robbery and drug distribution.

The racketeering charges stem from the 2015 kidnapping and killing of Robert “Bagger” Huggins, 56.

Portland’s Gypsy Joker president Mark Leroy Dencklau ordered the attack on Huggins and others helped, according to another co-defendant, Tiler Evan Pribbernow, who has cooperated with the government and also pleaded guilty to racketeering. (link is external)

The June 30, 2015, kidnapping and subsequent killing was in retaliation for Huggins’ burglary and robbery at Dencklau’s Woodburn home earlier that month, the government has alleged.

Loggers found Huggins’ battered body dumped in a Clark County field. He had a fractured skull, a broken rib, a broken leg, a removed nipple, nails driven through his boots, slash wounds to his back and face and many blows to his face, authorities said.

Huggins had targeted Dencklau’s home after getting kicked out of the club for stealing and breaking club rules, prosecutors have said. Dencklau’s then-girlfriend was tied up and Huggins stole some of Dencklau’s property, including guns, according to the government.

Fisher acknowledged his involvement in the club’s crimes, including the murder and kidnapping, according to court papers.

After arrests were made, investigators discovered jail notes passed between Dencklau and Fisher that helped tie them to Huggins’ killing, according to prosecutors.

Fisher had handwritten notes that he shared with Dencklau while behind bars discussing the 2015 beating of Huggins, the taking of his property and his killing, according to an indictment.

Dencklau wrote to Fisher, “If we’re both hoping to be in a situation where we can testify in front of the jury, our testimony needs to be similar.”

Dencklau also cautioned Fisher to make sure the letters were “destroyed and gotten rid of."
"The last thing we need is something like that coming back to haunt us,” he wrote, according to the indictment.

As part of Fisher’s plea, the government is also seeking forfeiture of the Gypsy Joker "Salem clubhouse'' at 2800 Brooks Ave. N.E., according to court documents.