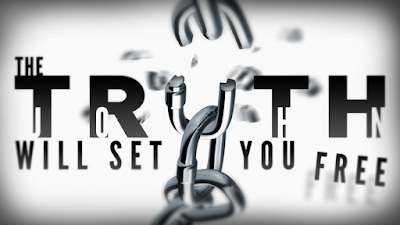 In a news release (link is external) from OPP on August 22, police revealed that fifteen people affiliated with Outlaw Motorcycle Gangs (OMGs) have been arrested and 195 charges have been laid following police investigations as part of Project Skylark.

As part of Project Skylark, police identified, targeted, and successfully cracked down a large drug trafficking network spread out over multiple municipalities throughout Ontario, apparently being operated primarily by the Hells Angels Nomads and other such groups.

During the project’s execution, police seized 12.5 kg of cocaine, 12.2 kg of cannabis, hundreds of fentanyl patches, 2,000 methamphetamine tablets, 11 firearms, 700 rounds of ammunition, $75,000 in CAD currency and $30,000 in jewelry, as well as three motorcycles, a Maserati, a Mercedes and the restraint of a home in Ottawa.

According to police, and to put the value of the above drug haul in perspective, a single warrant execution during Project Skylark led to nearly 10 kgs of cocaine, valued at approximately $1,000,000.00, to be seized.
“The fact is, OMGs are a large contributor to the opioid crisis in our province and their organizations’ rules are enforced by violence,” the OPP state. “The Ontario Provincial Police (OPP)-led Biker Enforcement Unit (BEU) utilizes intelligence to crackdown on these criminals, and Project Skylark is an excellent example of the effect that intelligence-led policing and enforcement can have on criminal networks.”

Police say that such joint efforts are absolutely necessary to combat OMG-led drug networks. They stress that, despite common conceptions that biker gangs are really just clubs or hobbyist collectives, which may be the case sometimes, OMGs are very often involved in organized crime across the nation.

The success of Project Skylark was announced at a press conference on August 7.
During the conference, police say that the accused were mainly involved in the trafficking of illegal drugs such as cocaine, methamphetamine, and fentanyl. For these crimes, the accused were charged with multiple offences under the Controlled Drugs and Substances Act (CDSA).

Continuing, police say that OMGs, along with other street gangs, are one of the major contributing factors in the opioid crisis which is plaguing the province.
“These individuals would not have formed criminal networks without their association with the Hells Angels Nomads, Red Devils MC or Hooligans MC,” says MacKillop. “The vetting process to become a member of these criminal enterprises is what allows them to form the relationships that enable their criminal activities. These relationships would not exist without their respective Outlaw Motorcycle Gang.”

In addition to drug trafficking related charges, many of the accused have also been alleged to have engaged in Human Trafficking for which they have been subsequently charged.

Police say that it isn’t uncommon for such large drug networks to look at human beings as merely another commodity that is part of their bottom line.

The OPP has stressed the following message regarding the operation of crime-involved OMG gangs across Canada:

The message that law enforcement wants to convey to the public is that we know not all motorcyclists are members of gangs — many people are just motorcycle enthusiasts and in clubs that are law abiding and use motorcycles for recreation and transportation. But there are 12 ‘one per cent’ clubs in Ontario, and we know members of those clubs as well as members of their support clubs participate in criminal activities. In fact, the courts have ruled that both the Hells Angels and Bacchus are criminal organizations. We want the public to know that the BEU has a clear mandate to target organized crime groups and to hold people responsible for committing these crimes and jeopardizing the safety and security of our citizens.

The Canadian Integrated Response to Organized Crime (CIROC) and participating agencies (including the OPP) say they have been working tirelessly to draw attention to these gangs, in addition to their producing many anti-gang messages on social media. Police hope that raising awareness regarding the negative impact these gangs have may aid in curtailing the opioid crisis in some measurable way.