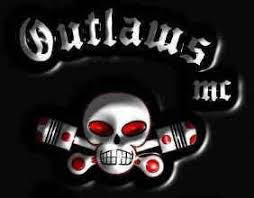 TAMPA — It took a federal jury about six hours to find two men guilty of shooting to death a rival motorcycle gang leader.

The 12-member panel on Monday afternoon convicted Christopher “Durty” Cosimano and Michael “Pumpkin” Mencher of murder, conspiracy and a host of other charges in the 2017 execution of local Outlaws Motorcycle Club president Paul Anderson.

Mencher closed his eyes and lowered his head as the verdict was read by U.S. District Judge Mary Scriven just before 2 p.m. Cosimano stood still, glancing at his attorney.

There is no sentencing date yet for the pair, the judge said. They face up to life in prison.
The two are members of another motorcycle group, prosecutors said — the local “Killsborough” branch of the 69ers Motorcycle Club.

Over the course of the two-week trial, Cosimano and Mencher pointed the finger at one another in the Dec. 21, 2017 ambush on a Paso County highway. Still, the defendants sat next to each other at the defense table.

Mencher’s attorney, Anne Borghetti, told the jury it was Cosimano, 31, who shot Anderson.
Cosimano’s attorney, J. Jervis Wise, implied that it was Mencher, 52, who killed the Outlaws leader.
“He’s the one that’s going to fly off the handle and shoot Paul Anderson,” Wise told the jury Thursday.

The lawyers declined to comment Monday after leaving the courtroom.
The government had accused both men of conspiring to commit murder. Prosecutors said Cosimano pulled the trigger, but if he missed, Mencher was there to finish the job.

Cosimano and Mencher rode motorcycles, tracking Anderson’s pickup truck as he drove north on the Suncoast Parkway, prosecutors said. They were armed and wearing masks.

The two were out for revenge, the government alleged. Anderson and a group of Outlaws had previously beaten up other 69ers members at the Local Brewing Company restaurant in Palm Harbor.

When Anderson took an exit and stopped at a red traffic light near State Road 54, prosecutors said, Cosimano walked up to the truck’s window and shot the 44-year-old Outlaws president several times with a Glock .45-caliber semiautomatic pistol.
“He was dead with his foot on the brake, and a phone in his hand,” Assistant U.S. Attorney Natalie Adams said during the trial.

Three other members of the 69ers — Allan Burt “Big Beefy” Guinto, Erick Richard “Big E” Robinson and Cody James “Little Savage” Wesling — were indicted along with Cosimano and Mencher and accused of taking part in the plot to kill Anderson. They all struck plea deals earlier this year. Guinto and Wesling testified during the trial.

The Outlaws and the 69ers are two of the nation’s best-known biker gangs. The assassination was part of a local conflict between their Tampa Bay chapters, authorities have said.

The jury on Monday did not find Cosimano guilty of assaulting another Outlaws member, James “Jimbo” Costa, in a separate incident in July 2017.

Prosecutors had accused Cosimano of shooting and wounding Costa in Hillsborough County.
Mencher also was found not guilty of a separate drug-related charge. The government had said he helped distribute heroin with Robinson.