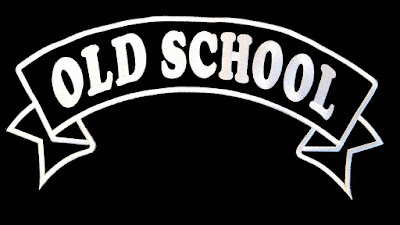 Back in the days to join a MC Club you had to hang out with members from a Club, and on regular bacis showing your support by showing up to different events, help in Club when there was a party and most IMPORTANT of all - ride together with the men you wanted to be a Brother to. When a Club then had seen your true HEART for the Club you then would get the possibilty to start as a Hang Around - normally for 1 year.


In that year the members would have the possibilty to feel you and see how you were handling THINGS, and did you do good then you would become a PROSPECT.

Being a PROSPECT was the first important step on your way to be a FULL PATCH Brother, and as a PROSPECT you would get more closer to the Brotherhood. PROSPECT time was minimum for a year, but could also be for 1,5/ 2 years- depending how many mistakes you had made as a PROSPECT.

The time as a Hang Around and a PROSPECT is the most IMPORTANT time for everybody, because this is the time where you truly will learn to know each other - bad and good sides.

Today many MC Club's don't even know the purpose of a Hanger Around and a PROSPECT, but just want to let in STRANGERS and call them a Brother - it's all about volume.

But we say? FUCK volume, because a STRONG and TRUE Brotherhood have NOTHING to do with VOLUME - so turn down the fucking NEW SCHOOL volume and focus on the TRUE OLD SCHOOL values of a REAL Brotherhood.