Outlaws at war: One of Australia's biggest bikie gangs makes hostile takeover of rival outfit and tells members 'they'll be shot' if they keep wearing their colours

Posted by MC & Gjengkriminalitet August 26, 2019
One of Australia's biggest bikie gangs has taken over the a rival group, telling members they will be shot if they continue to wear their colours.

The Rebels made the threat to members of the Satan's Soldiers as they took over their clubhouses in Bendigo, Victoria, earlier this month.

A source told The Herald Sun the outfit was given only a week to clear out of the premises.
'(The Rebels) just walked into their "house" and said "Hey, out, it's ours now. If you don’t leave you and your family will be shot,"' the source said.

Satan's Soldiers - previously linked to the Hell's Angels - are one of the lower profile gangs in the state with few publicised incidents. 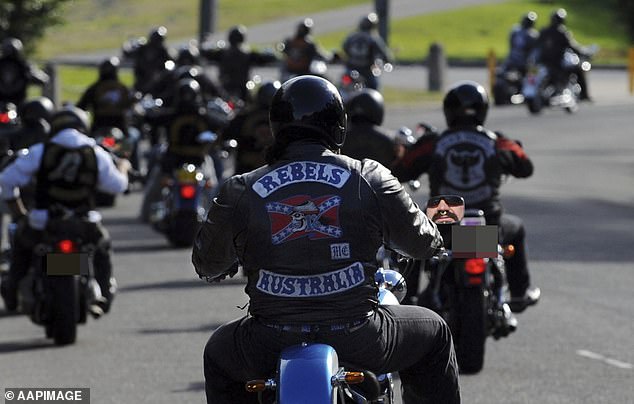 The new assets only add to the Rebel's 2,000 member and 70 chapter strong base - placing the gang as one of the largest in Australia

A suspicious fire burned their clubhouse to the ground, which was only metres from the base of their rival Bandidos-aligned Diablos in 2013.

The Rebels are understood to have absorbed as much as $600,000 in assets in the massive takeover.
The new assets only add to the outfit's 2,000 member and 70 chapter strong base - placing the gang as one of the largest in Australia.

The latest push from the Rebels is understood to be an attempt to flex its muscle as rivals Bandidos increase their presence in the area.

The Bandidos are one of the biggest outfits in Australia with chapters across numerous states.
The bikie gang has a history steeped in violence including the notorious 1984 Milperra Massacre in Sydney.

A massive shootout between the Bandidos and rival gang Comancheros led to the shooting death of a teenage girl and six bikie members.

A total of 33 people were tried over the shooting and became one the longest joint criminal trial in the history of NSW. 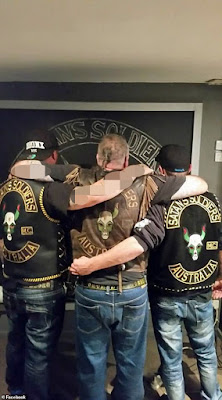