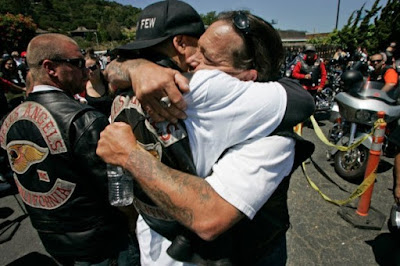 Nearly two years after he was arrested and charged as part of a massive racketeering case aimed at taking down the Sonoma chapter of the Hells Angels, Raymond “Ray Ray” Foakes is seeking a pretrial release to the East Bay.

Foakes petitioned last month to be released from federal custody, arguing that he was not a flight risk, nor a threat to the community, and that his federal case is moving at a snail’s pace. On Friday, a judge is expected to rule on the motion, in which Foakes said he plans to work at a mechanic shop in Oakland and reside in rural Oakley.

Prosecutors are fighting the motion, citing Foakes’ extensive criminal history as a reason to keep him locked up. Foakes is one of California’s most prominent Hells Angels, a former president of the club’s Sonoma chapter who has been a target of federal and state law enforcement agencies for decades.

He is said to have instigated the infamous River Run Riot (link is external), a 2002 brawl inside a Las Vegas casino with between the Hells Angels and their rivals, the Mongols, when he kicked a Mongol member in the chest. By the end of the fracas, two Hells Angels had been fatally shot and one Mongol succumbed to knife wounds.
In the past decade, Foakes has been charged with a sexual assault case he later beat, a fraud scheme that sent him to prison, as well as violating supervised release conditions that he not interact with other club members. In November 2017, he was one of 11 people indicted after an FBI investigation (link is external) that focused on the Sonoma Hells Angels. 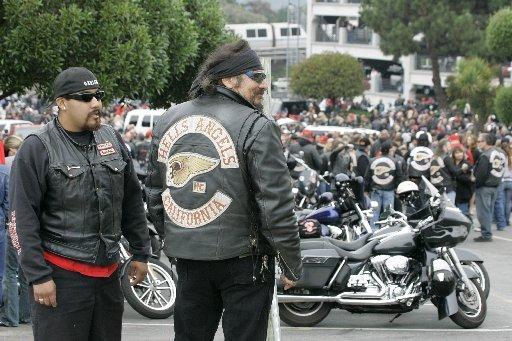 The charges include an alleged murder that took place at the Fresno Hells Angels clubhouse in 2014 involving four of the defendants. Foakes was charged with relatively lesser offenses: participating in an assault and attempting to intimidate a witness in a criminal investigation from coming forward.

During the court process, several defendants have either posted bail or been granted release from custody, including a temporary release (link is external) to attend a funeral for a fellow club member. Foakes’ attorney, George Boisseau, did not shy away from his client’s past in asking for a pretrial release, but wrote in a motion Foakes had “strong ties” to the Bay Area community, which would ensure he stayed out of trouble.
“All his family resides in the Bay Area, and his close friends are willing to employ and give Foakes a place to live and post property to secure his release,” Boisseau wrote in the motion for release. He added that Foakes was willing to be on house arrest and 24-hour ankle monitoring.

The federal government is months away from producing discovery in the case, and has not ruled out seeking the death penalty, Boisseau added.
“Foakes is looking at the prospect of being incarcerated for almost three years before going to trial.

This pretrial confinement is excessive and constitutes a violation of due process,” he wrote.
Assistant U.S. attorneys, though, wrote that Foakes poses a “significant danger” to the community and wields a strong influence within the Hells Angels organization, in part thanks to his role in the 2002 casino riot. They argued the due process claims were “without merit.”
“The Supreme Court has recognized for more than a century that the constitutional right to a speedy trial is not ‘so unqualified and absolute’ that it must prevail over ‘the demands of public justice,’ ” Assistant U.S. Attorney Kevin Barry wrote in his response to Boisseau’s motion.

U.S. District Judge Joseph Spero will rule on the motion at 10:30 a.m. Friday in San Francisco.