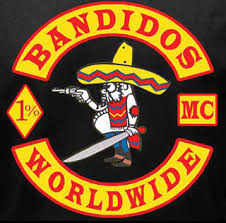 Several members of the Bandidos Motorcycle Club were cited when they entered Rapid City Thursday afternoon.


Community Relations Specialist Brendyn Medina with the Rapid City Police Department said the police were aware of a Bandido run through Rapid City this week.
"We have a plan in place to keep them and the residents of Rapid City safe during the run," Medina said.
He said 16 motorcycles were pulled over for traffic violations as the group exited I-90 near Omaha.

There were multiple traffic and concealed carry weapons violations issued during the mass traffic stop.

There were no further incidents after the citations were issued.