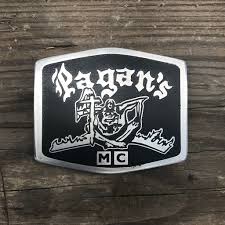 WEST WARWICK, R.I. (WPRI) — Shots were fired Saturday into a West Warwick house hosting a party for the Pagan Motorcycle Club, the Target 12 Investigators have learned.

State Police Major Timothy Sanzi said West Warwick police put out a “be on the lookout” after the shooting in their town at approximately 2:45 p.m.

Witnesses said they saw several vehicles leaving following the shooting and police are actively searching for those cars.

Target 12 Investigator Tim White was told no one was shot at the home on Walker Street, but police were questioning several members of the club.

The Pagan Motorcycle Club is identified by law enforcement as an outlaw motorcycle gang.

Target 12 has learned police are investigating this as a possible attack by a rival motorcycle gang.

This is a developing story. Check back with Eyewitness News for updates.