A member of the Bandidos Motorcycle Club was sentenced Thursday to 2½ years in prison followed by three years of federal supervision for retaliating against an informant who helped send the biker club’s top national leaders to prison.

Albert DeLeon, 45, pleaded guilty in May, admitting he threatened to kill a former member of the outlaw biker club, who was one of several government witnesses that helped the feds in their investigation of several high-ranking members, including Bandidos’ then-national president, Jeffrey Fay Pike of Conroe, and ex-national vice president John Xavier Portillo of San Antonio.

DeLeon, 45, made the threat on Feb. 22 against the witness, whose name wasn’t released, after seeing him at an H-E-B store in San Antonio. DeLeon called a fellow Bandido and the pair confronted the witness in the parking lot, where DeLeon told him: “Get out, you’re going to die today,” “It’s your fault everyone in the club went down” and “Jeff and John went down because of you.”

DeLeon also cocked a gun to load a round in the chamber but put the weapon away after seeing other shoppers. 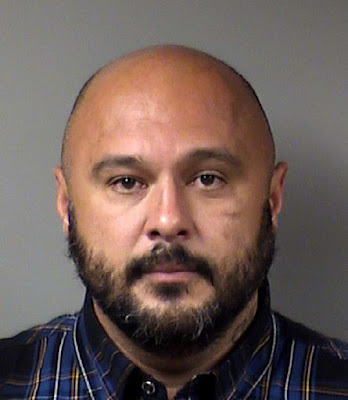 U.S. District Judge Fred Biery struggled to understand why DeLeon, who had a good upbringing, would get involved in an outlaw biker club in the first place.
“It’s the brotherhood of guys I’ve known for years,” DeLeon said, struggling to explain. “I’m sorry for my actions, and I hope you all just forgive me.”

DeLeon’s lawyer, Jesse Rivera, argued that his client was just letting off steam.
“He just wanted to make a point that he felt horribly betrayed and is sorry for his actions,” Rivera said of DeLeon. “For him, it was an emotional betrayal because the victim-witness was also a Bandido and considered a brother in the brotherhood. Being part of that group (the Bandidos) and then turning on them by going to the government is the ultimate betrayal.”

Assistant U.S. Attorney Eric Fuchs argued that “this retaliation was … a blow to the heart of the justice system.”
“He wasn’t the most significant cooperator, he didn’t even testify, but his help was important,” Fuchs said of the victim.

Several informants — most of them former members of the club from San Antonio who got reduced sentences for their crimes — testified last year at the three-month trial of Pike and Portillo. Some had already been cooperating by 2015, including the man threatened by DeLeon, when the federal investigation was in full swing, Fuchs said.

The trial outlined drug distribution and other crimes by the club, including attacks the Bandidos plotted or carried out on rival bikers as the club flexed its muscle to protect what it considered its home turf — the state of Texas. The trial also shed light on internal bickering that resulted in a split of the Bandidos in North America with its numerous chapters in Europe and Asia. Government witnesses testified that the leading dissidents were violently ousted on orders from Pike.

The two leaders were convicted and sentenced to life in prison for a host of racketeering-related crimes, including directing murder and beatings to keep order in the drug-trafficking organization.