Brothers East or B*EAST: Who are they? 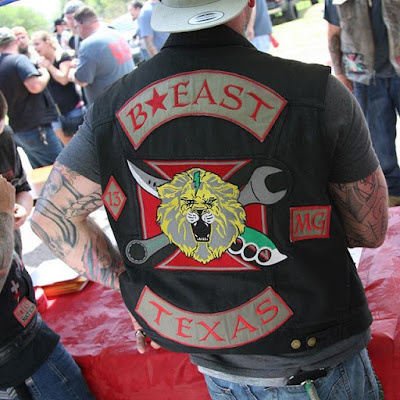 Seven people were arrested this week in connection with ATM thefts in the area. They were said to be members of an outlaw motorcycle gang most people around here had never heard about.


Local law enforcement officers say Brothers East or B*EAST is an outlaw motorcycle gang that started in Channelview, Texas about four years ago.

He says they do not have a foothold here and likely never will.
“Through our patrol tactics and through our investigations, if we do find out a gang is in the area, it’s not illegal to be a member of a gang, it’s illegal to be involved in criminal activity they’re involved in. So, we’re going to investigate as thorough as we can and try to root them out before they establish a foothold here,” said Broussard.

Broussard says many law abiding citizens participate in motorcycle clubs. He says the one per cent patch is one way to tell those who are involved in illegal activity and proud of it.

He says I-10 has a lot to do with why the Lake Charles area sometimes sees out of town criminals.
"This isn't the first time we've had criminal elements from the Houston area travel over to commit crimes,” said Broussard.

All but one of the seven arrested t (link is external)his week are in jails in Texas and will have to be extradited to Louisiana to face charges here. Five were arrested Wednesday and the remaining two the next day. (link is external)

The ATM investigations are still underway to see if those arrested can be connected to any other ATM thefts in our area.