Return of the Old School 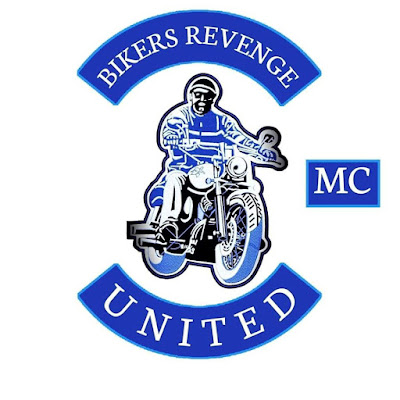 Once they all were enemies and 1%ers from BIG wellknown MC-Clubs such as the Hells Angels MC, Outlaws MC, Mongols MC and Bandidos MC.

Today have more than 100 former 1%ers Old School bikers from The United States and The United Kingdom found peace and together established Bikers Revenge MC United in USA and United Kingdom, and countries such as Canada, Australia, Russia and Norway are in the procedure of signing up.

A great UNITED adventure, and an adventure created by THE TRUE OLD SCHOOL 1%ers, who all just want to find their peace and retirement in a NEUTRAL MC-Club with TRUE and REAL Brothers. Brothers that shares the same idea for a Brotherhood with the true values of an Old School Brotherhood.

Bikers Revenge MC United is a NEUTRAL MC-Club and NEUTRAL ground. All members are former 1%ers, but will NOT be wearing the 1%er Diamond Patch. They all know who and what they are and do NOT have the need to show it, they just want to be NEUTRAL and living the DREAM and RIDE the way of THE TRUE OLD SCHOOL. They are  NOTof any threats to any MC-Club around the World, and they will be friends with those who wants to be friends with them.

They are all grown up BIKERS OF HONOR, and have all been figthing their wars in the MC World and now just want to retire THE OLD SCHOOL WAY - RIDING and living the DREAM and NOT end up like many PATCH JUMPERS.

Rules and terms for joining Bikers Revenge MC United will be the very same in every country, and any Prospect in every country will have a prospect time for minimum one year. 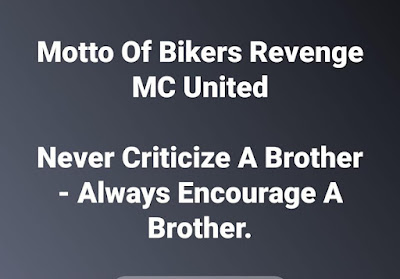 Minimum age for joining Bikers Revenge MC United and starting as a Prospect is age 30 years old - so do the counting, there will be no short roads to ride amigo´s.