Posted by MC & Gjengkriminalitet October 23, 2019
ONE of the heads of WA’s biggest outlaw motorcycle gang has been charged with tax evasion and property laundering as a result of a 22-month police operation.

Police have charged 43 offenders with 207 charges, 18 of which are members of Rebels bikie group.
There were 85 search warrants conducted as part of Operation Ironfish targeting bikie gangs, 20 of which were conducted since Monday. 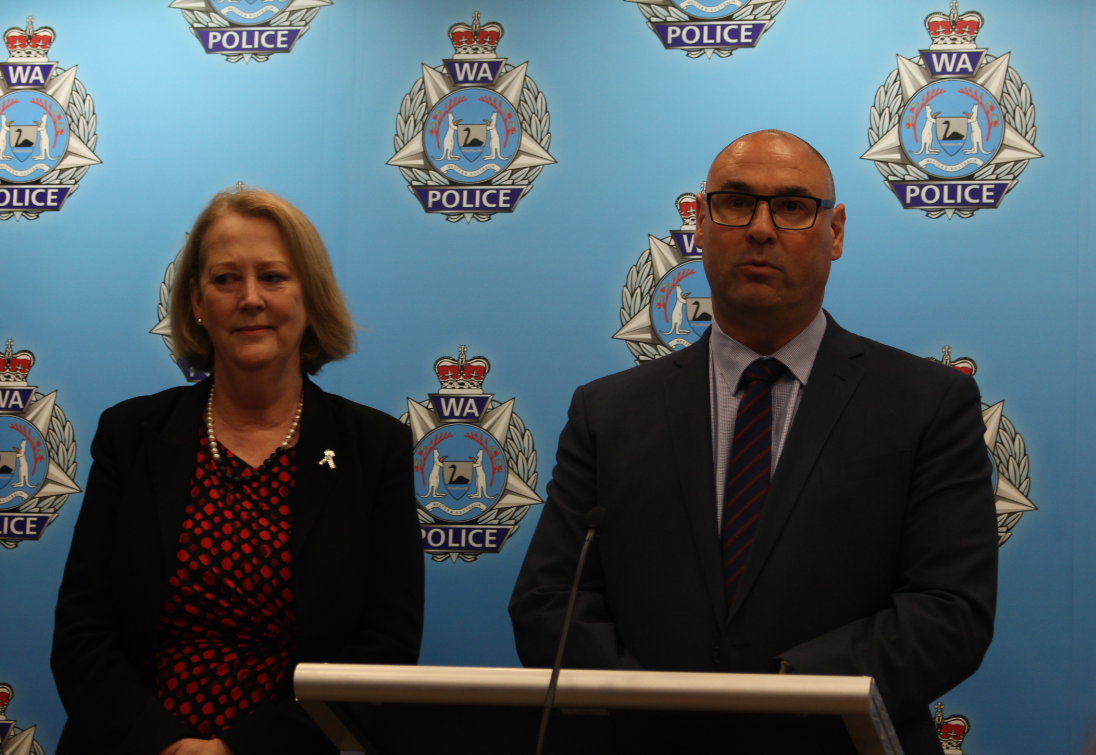 Detective Superintendent Tony Longhorn said the 49-year-old man from Balcatta, who is facing three counts of tax evasion and property laundering, has been named as one of the heads of the Rebels.
“The OMCGs have a number of presidents for different streams … and he’s one of them,” he said.
“It will be alleged the man avoided paying the taxation office between 2010 – 2012.
“This has been a sustained effort by police to disrupt and deter the Rebels OMCG, using State and Commonwealth legislation and the assistance of agencies such as the Australian Taxation Office.”

The 49-year-old man will appear before the Perth Magistrates Court on November 1.
Detective Superintendent Longhorn said the 207 charges include aggravated sexual penetration, aggravated indecent assault, sale and supply of methamphetamine, cocaine, steroids and cannabis, threats to kill, property laundering, stalking and possession of firearms.
“A total of 22 firearms were seized,” he said.

Investigations are continuing in respect to the items seized, which include cash, weapons and drugs.
Police Minister Michelle Roberts said she has confirmed with the Attorney-General this morning on introducing anti-consorting laws.
“Anti-consorting laws are about gang members not being able to associate with each other,” she said.