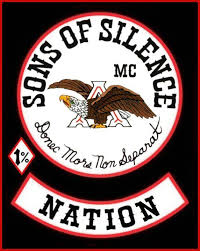 FARGO — Sentencing for a Warwick, N.D., man who admitted to killing a woman four years ago on the Spirit Lake Nation has been delayed, but testimony presented Friday, Oct. 18, revealed possible motives and the defendant's link to what has been dubbed an outlaw motorcycle gang.


The sentencing turned into an evidentiary hearing as witnesses gave more than five hours of testimony to determine certain facts that led up to 36-year-old Amanda Stach Engst’s death on Oct. 12, 2015. Billy Joe Herman, 40, has pleaded guilty to second-degree murder in April, and prosecutors will seek life in prison without parole.

Prosecutors said Herman strangled Engst, put her in the trunk of her car with the help of his then wife, now known as Crystal Johnson, drove to a bridge, beat Engst with a shovel and then dumped her tarp-wrapped body, which was tied to cinder blocks, into the Sheyenne River. Her body was found Feb. 4, 2016.

More than a dozen of Engst’s relatives and friends sat in the courtroom, most wearing black shirts with red lettering that said “Justice for Amanda” or with an illustration of a capital A, a halo above the letter and angel wings on either side of the A.


Related:
Devils Lake Det. Susan Schwab said Johnson contacted her in December 2015, asking about immunity and saying Herman possibly killed someone. Johnson later would tell Schwab and other investigators Engst and Johnson entered a house in Devils Lake where Herman was in the weeks leading up to Engst’s death — he told them to wait outside, investigators said.

Investigators indicated Herman was going to meet Sons of Silence members at the house. Engst and Johnson waited for awhile, left for a time and went to a different house where Herman was, according to an FBI agent who testified Friday.

When they entered the house, Herman said Johnson was “dead” and Engst was “deader,” investigators said in court.

Testimony from investigators claimed Herman was an “enforcer” for the Sons of Silence, a motorcycle club that the U.S. Department of Justice has deemed an outlaw motorcycle gang. It doesn’t appear Herman was a member of the gang, but he did “dirty work” for the group, an FBI agent said.

Herman would at times get upset with Engst, according to testimony. He held a knife to her neck, ordered Johnson to hit her and once beat Engst badly in the weeks leading up to her death, according to the FBI agent.

Johnson told investigators that Herman said the Sons of Silence threatened to kill their family, that Engst knew too much and the only reason Johnson was alive was because they were married and they couldn’t be forced to testify against each other.

Johnson divorced Herman in 2018. Schwab testified that Johnson appeared to be afraid of Herman — he had threatened their child if she didn’t come with him when he picked her up from her mother’s home in September 2015.

Herman said Johnson would “end up with the fish” if she talked about Engst’s death, Schwab said, referring to interviews with Johnson.


In a Feb. 3, 2016, interview, Johnson told investigators where to find Engst’s body.

Johnson is serving 20 years in prison for her part as an accomplice to the murder. Herman’s attorney, Christopher Lancaster, tried to poke holes in the suggested motive and Johnson’s credibility, noting she had been described as a liar by others.

Interviews in the weeks after insinuate Herman tried to blame Engst’s death on Johnson, testimony revealed. There were indications that the relationship between Engst and Herman was physical, and Herman said that gave Johnson a motive to kill Engst, according to testimony.

Herman at times shook his head, especially during testimony about his alleged connection to the Sons of Silence.

Dr. Mark Koponen, who performed Engst’s autopsy in Grand Forks, said strangulation and other injuries from the shovel likely did not cause Engst’s death. Determining a cause of death was difficult because of decomposition — Engst’s body had been submerged in water for almost four months.

But he said drowning could be a possibility for cause of death.
Engst’s mother, Denise Stevenson, said she and her daughter would contact each other multiple times a day before September 2015. That’s when Engst came home for a funeral and said she couldn’t tell her what was going on, Stevenson said.

Stevenson last saw Egnst in early October 2015, when Engst came home to fix her car. Egnst warned her mother not to text or call her, saying someone might have her phone and be watching who she is contacting, Stevenson said.

The messages to Stevenson stopped after October, even after she wished her daughter a Merry Christmas. In January 2016, Stevenson went to police to report Engst, but some told her only the husband could file a report or they couldn’t take it because she didn’t live in the area.

The Norman County Sheriff’s Office took the missing person’s report from Engst's family in mid-January 2016 after Engst’s vehicle was impounded.

Testimony will continue at 10 a.m. Monday, and sentencing should be held after that.