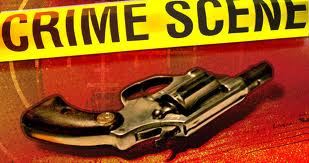 Investigators linked six, possibly seven, more murders to Caloh Wagoh, on top of the three murders members of the outlaw motorcycle gang have already been charged with, sources around the investigation told newspaper De Telegraaf.

The lawyer representing Caloh Wagoh leader Delano R. confirmed to the newspaper that his client was questioned about a series of new murders and attempted murders, but would not say anything else. The Public Prosecution Service refused to comment before the next proforma hearing in this case, scheduled for Friday.

This case revolves around 12 members of the biker gang, including leaders 48-year-old Delano R. and 70-year-old Greg R. They are already charged with involvement in the assassinations of Jair Wessels (link is external) in Breukelen, Zeki Yumusak (link is external) in Rotterdam, and Farid Souhali in The Hague. All three victims had criminal records and all three were murdered in 2017.

Whether the seven other murders now linked to the biker gang will actually be added to the charges, is not yet clear.

Caloh Wagoh was connected to these new murders due to carelessness by Delano R., according to the Telegraaf's sources. The biker gang leader took care to use PGP phones to send encrypted messages.

But he also took screenshots of the conversations and stored them on data carriers. The police and Prosecutor used these screenshots to track down new suspects, who were arrested in August (link is external).
One of the people discussed in these messages is Amsterdam criminal Inchomar Balentien. The 33-year-old man was killed at a subway station in Amsterdam (link is external) in July, after two previous failed attempts on his life in 2017 and 2013. The assassination of Balentein is not one of the new murders connected to Caloh Wagoh, according to the newspaper.