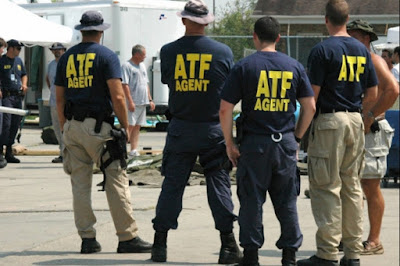 The Bureau of Alcohol, Tobacco, Firearms and Explosives is executing search warrants around Denver today, November 7, in conjunction with local law enforcement agencies.

When reached by phone this morning, bureau acting public information officer Matthew Deasaro wouldn't divulge the nature of the search warrants or where they were being executed; however, he did confirm one is for a property in the 3200 block of Navajo Street, which has been home to a Hells Angels clubhouse for more than two decades.
"The investigation is still ongoing and in the operational phase," Deasaro said. "Because of that, we can't divulge much information at this time."

The Denver Police Department is working with the ATF, but a DPD spokesperson declined to answer questions about the search warrants. Neither the DPD nor Deasaro would say which other law enforcement agencies are involved in the operation. A Hells Angels representative was not immediately available for comment.

Founded in the late 1940s in Southern California, the Hells Angels Motorcycle Club has chapters around the world and is banned in certain countries. The U.S. Department of Justice lists the Hells Angels as a gang involved in the "production, transportation and distribution of marijuana and methamphetamine."

According to the lawsuit filed in July 2002 in federal court, members of the Hells Angels were hanging out when numerous Denver police officers ordered them outside at gunpoint, handcuffed them and made them sit on the curb while the clubhouse was searched without a warrant," wrote reporter Kevin Vaughan.
"In all, 10 members of the Hells Angels and the owner of the building filed suit in federal court, alleging that the search was illegal and that the officers 'chilled' their constitutional rights to free association and due process."