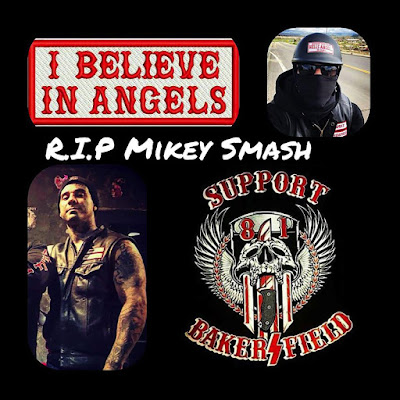 A Superior Court judge has dismissed murder and conspiracy charges against an alleged member of a biker gang accused of stabbing to death an affiliate of the Hells Angels at a downtown bar.

Judge John W. Lua on Monday found insufficient evidence to order 60-year-old Russell Vannoy to stand trial on charges of murder and conspiracy to commit murder in the death of Michael Adam Morales.

Known by friends as “Mikey Smash,” Morales, 32, was fatally stabbed Feb. 16 inside Guthrie’s Alley Cat, a popular bar in the 1800 block of Eye Street.

The judge did, however, order Vannoy, arrested March 6 in Bellflower, to stand trial on two felony assault charges and a gang participation charge.

As a result of Lua’s findings, prosecutors said, they anticipate filing a voluntary manslaughter charge with gang enhancements against Vannoy.
“The court did find that that there was sufficient evidence that the killing was not in legitimate self-defense, and that as a result, there was sufficient evidence presented to support a charge of voluntary manslaughter,” said District Attorney’s office spokesman Joseph Kinzel.

Co-defendant Jarred Davidson was ordered to stand trial on charges of assault likely to produce great bodily injury, gang participation and being a gang member carrying a loaded firearm. Three other felonies — including conspiracy to commit murder — were dismissed.

Davidson’s attorney, David A. Torres, said he cross-examined the prosecution’s expert witness during a 2 1/2-day preliminary hearing and narrated Morales’ “aggressive actions” as captured on video inside the bar.

Torres said during the hearing “it became quite obvious that the People’s theory of prosecution had no legal basis to pursue various charges against Vannoy and Davidson.”

Vannoy is represented by attorney H.A. Sala. Vannoy and Davidson are next due in court Dec. 4.