Sydney bouncer found not guilty of schoolgirl's murder despite 'confession' 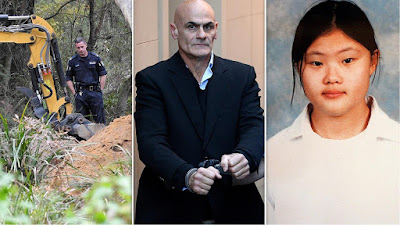 Vinzent Tarantino has walked out of the New South Wales Supreme Court a free man after being acquitted of the 1998 murder of 12-year-old Quanne Diec.
The not-guilty verdict delivered by the jury came three years after Tarantino walked into a local police station to 'confess' to murdering the schoolgirl.

The confession came in November 2016, with Tarantino saying he was responsible for killing Diec who was last seen walking to a train station on her way to school in July 1998.

Prosecutors told the jury that Tarantino had abducted Diec, strangled her, then dumped her body in bushlands in the south of Sydney.

However after six days of deliberation, he was acquitted.
The Sydney Morning Herald reports the jury was told Mr Tarantino witnessed the aftermath of a triple murder in 1997, where three members of the Bandidos were killed by members of the Rebels.

He said he confessed to police to ensure he was locked up and protected from the bikies.
Evidence from psychologists presented during the trial also showed that Tarantino was suffering from a range of psychological issues and that his confession could not be given sufficient credibility.

Although Tarantino led police to the area where he claimed to have buried Diec's body, she was never found.

Speaking to the media after the verdict, a spokesperson for the Diec family said they were still trying to process the not guilty verdict saying "it is difficult for us to understand how the jury has come to this decision."
"We wanted justice for Quanne and we haven’t got that."