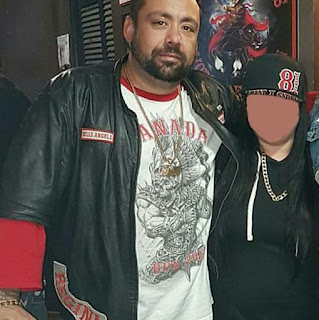 After a number of homes in Winnipeg and the Interlake were searched in the early morning hours of Wednesday, RCMP say they have made one of the largest meth seizures in Manitoba and have arrested a full-patch Hells Angel member."

"On Wednesday the RCMP organized crime team executed nine search warrants in Manitoba and Alberta. Seven of those searches were in Winnipeg, one was in St. Laurent, Man., and one was in Calgary, Alta. RCMP said the investigation has led to seizures of meth, cocaine, cash, and a number of vehicles. RCMP said while the total amount of drugs and money seized still needs to be counted – it is expected to be the largest meth seizures in the province. Nine people have been arrested, including Kenny Erstelle, 38, a full-patch member of the Hells Angels."

Why is it that the RCMP will arrest Hells Angels and their associates for drug trafficking in every province except for British Colombia? Why do they give Wolf Pack associates police protection to sell drugs? Are they really surprised we want to get rid of the RCMP in Surrey? If you did your job like they are doing in other provinces we wouldn't of had to disband your criminal culpability. 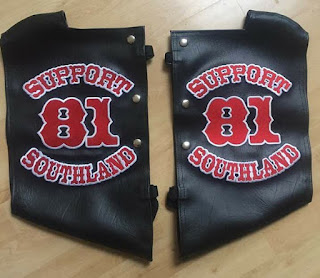 Terry Eide is from Southland and is in jail for trafficking a kilo of cocaine.

Full face helmet and sneakers. He's with the Clowns R Us Crew in Matsqui. 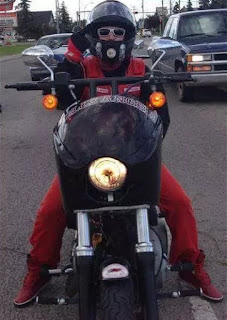 Below is a picture of Kenny E also known as Gomer Pyle.

Kenny E is with the Hillbillies R Us Crew 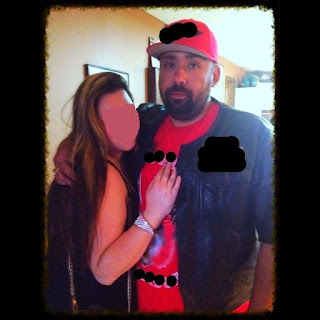