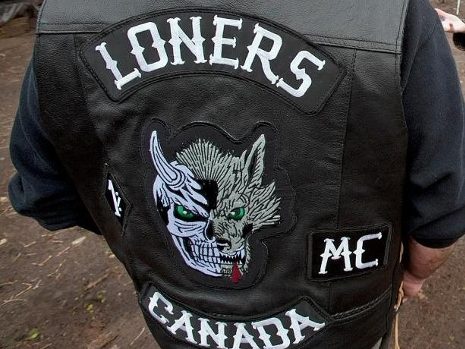 The Loners are in Brockville – along with perhaps nine other motorcycle gangs – and they have been for some time, Police Chief Scott Fraser said Monday.

The chief was responding to news out of Cornwall that the Loners Motorcycle Club had left that city for the Brockville area.

The Loners are a “one-percenter” motorcycle club, which means its members self-identify as being outlaws. Other clubs that claim to be one-percenters include the Hells Angels, Satan’s Choice, and the Lobos, among many others.

During a presentation to the police board, Sgt. Marc Fortin mentioned the street crime unit had “taken care” of the Loners.

Fortin revealed the Cornwall police had partnered with the Ontario Provincial Police to begin an investigation into the Loners beginning last January.

After months of using various tactics that included sting operations, the investigation culminated in a raid on a drug house located on Prince Arthur Street in Cornwall. A large quantity of drugs was seized from the property, including purple fentanyl.

According to Fortin, the Loners attempted to resume their trafficking operation after the raid, but their resupply was intercepted by police. After that, the club quickly ran out of money.
“They had no money to pay for their clubhouse, so now they have set up in the Brockville area,” he added.

Fraser said Monday he is not aware of any specific move by the Loners from Cornwall to Brockville, but added the gang already had a presence here.
“They’re certainly not new. They’ve been present here,” said Fraser.
“It’s not like yesterday they weren’t here and today they’re here.”

Brockville Police have been dealing with a “proliferation” of motorcycle gangs in recent years, and the Loners are among them, added Fraser.

That raid led to the arrest of four people.
In September of that year, police arrested two people in connection with drug and weapons offences with biker gang links following a raid at 21 Sevenoaks Avenue in Brockville.

Fraser estimated there are eight to 10 biker gangs operating in Brockville, with drug dealing being one of their criminal activities.
“We’ve noticed a significant increase recently, over the past couple of years,” said the chief.

The proliferation coincided roughly with the introduction of crystal meth into the community in January 2018, he added.

At last week’s Cornwall meeting, the police board heard about police offering local businesses signs forbidding the wearing of gang colours in their establishments.

Several businesses have posted the signs, which allow police to come in and arrest people breaking the rule under Ontario’s Trespass to Property Act.

Fraser said Brockville Police have been doing the same thing and have benefited form the extra law enforcement Tool.

Asked about whether there has been an increase in gang presence on the outskirts of Brockville, Cst. Erin Cranton, media officer with the Leeds OPP, said Monday she was not aware of anything significant enough for comment.