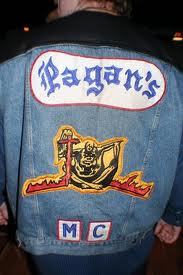 A fourth man now faces a charge of attempted murder in the Aug. 3 near-fatal assault of a Hell’s Angels Motorcycle Club member that occurred at BFS Foods in White Hall.

White Hall Police arrested Daniel Lester Ryan, 24, of Star City, after they obtained a warrant for his arrest on Dec. 10. Records show he has been in the North Central Regional Jail since Dec. 27 where his bond is set at $175,000.

Ryan is charged with attempted murder and conspiracy to commit a felony in connection with the beat down of Kenneth Murphy of Hilton, New York.

Police described the melee as a fight between the Hells Angels and Pagan’s motorcycle clubs. At 1:50 p.m. on Aug. 3., a Monongalia Emergency Centralized Communication Agency 911 report stated there was “a fight/stabbing in Fairmont between Hells Angels club and Pagan’s Motorcycle Club, and that one of the Hells Angels members was being transported to Ruby Memorial Hospital.” 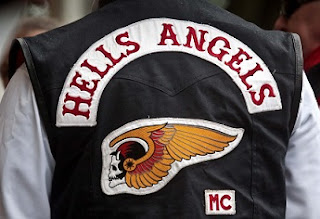 According to a criminal complaint, Ryan and three other men took part in a pre-planned physical confrontation with several other men in the BFS Foods parking lot in White Hall. The men were caught on videotape beating Murphy in the head with a baseball bat. Police said Murphy was also allegedly cut and stabbed with a knife.

The victim’s injuries required Murphy to be airlifted to Ruby Memorial Hospital, where he was placed in a medically-induced coma with questionable prognosis of recovery. The other three men involved in the fight face the exact charges as Ryan.


Also charged are Bruce Evan Davis, 53, and Jason “Jay Bird” Harris, 49, both of Fairmont and James Cody Biggie, 37, of Rivesville.

Police unveiled new information in Ryan’s criminal complaint. According to the complaint, the Aug. 3 fight included a second victim whose name was not previously released.
“Anthony Chafel, also a victim was struck by a silver or grey in color Jeep which was driven by Biggie, knocking him down causing injury to his arms and legs which were treated at the scene. This is based upon a police investigation which is supported by physical evidence, surveillance video, witness statements, and personal observations,” the complaint states.