Freewheelers busted for drugs in Saskatchewan 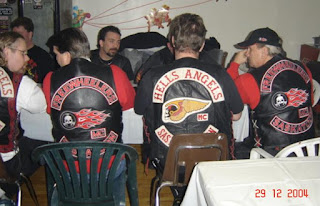 A seven-month investigation into illegal drug trafficking in the Prince Albert area has resulted in the arrest of 11 people police say have connections with outlaw motorcycle gangs, and the seizure of a significant amount of cash, drugs and weapons.

"Three full-patch members of the FreeWheelers outlaw motorcycle gang, and eight other people, are accused of involvement in illegal trafficking of a significant amount of cocaine and marijuana in Prince Albert and the surrounding area, police said in a news conference Wednesday afternoon. The FreeWheelers group has been operating in Prince Albert since May 2019 and has connections to the Hells Angels chapter out of Saskatoon, police said."

Half a kilo of cocaine was seized but pot is legal. Getting that cociane off the street is a good thing. This is what the BC RCMP *should* be doing but aren't. Pity as in pitiful.