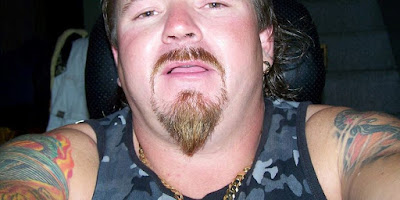 Calvin Hyderman, 63, of Frankford, Nicholas Runnalls, 41, of Belleville and Mark Dunn, 50, of Trenton were found guilty in Belleville court on Monday of possession for the purpose of trafficking."

"The three men were charged in late June, 2018 after the OPP and Belleville Police searched homes in Belleville, Trenton and Frankford and seized an unspecified quantity of cocaine, along with drug paraphernalia, weigh scales, some Canadian currency and colours belonging to the Hell’s Angels."

In 2017 more Hells Angels associates were charged with drug trafficking in that area. One of those men, Blair Crawford was sentenced in 2018.

Yvan Leclair is the full patch Hells Angel those drug dealers were working for in 2017. Leclair's lawyer claimed that he may have been a Hells Angel, but Yvan Leclair was on his own when selling cocaine and guns to undercover cops which as we all know is simply not true. They were using the name of the Hells Angels to sell drugs. That means they had the permission of the local executive. As the world is distracted with more important things, the Hells Angels are still drug trafficking here at home. Stop the greed. Live the dream, don't pimp it.