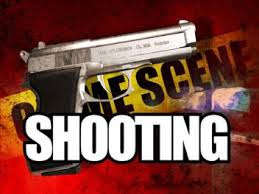 Calvin Powery-Hooker and Nathan De Jong are both charged with first-degree murder
A preliminary inquiry has been set for the two young men accused of killing a member of the Hells Angels in South Surrey last year.

Calvin Powery-Hooker and Nathan De Jong, both born in 1998, are facing first-degree murder charges in connection with the shooting death of Suminder ‘Ali’ Grewal, 43.

Last month, the pair appeared individually via video link in Surrey Provincial Court. The two are due back in court on Oct. 5 for a pre-hearing conference.

The preliminary hearing is scheduled for Dec. 7-17, this year.Grewal was shot dead at 9:20 a.m., Aug. 2 last year while he was sitting in his Dodge Viper in the Southpoint Exchange shopping centre’s Starbucks drive-thru, which is shared between Starbucks and Envision Financial in the 3000-block of 152 Street.

According to police, two suspects fled the scene in a vehicle and then on foot. Powery-Hooker and De Jong were arrested later that day.

Police said that Grewal was a “well-established member of an organized crime group.”