Posted by MC & Gjengkriminalitet January 29, 2020
Organised crime squad detectives have charged a 33-year-old man after the seizure of 59kg of methylamphetamine.

At the time of the drug seizure in May 2019, several people from Western Australia, New South Wales and Victoria were arrested and charged, while the investigation into the senior members of the Established Criminal Network continued.

He has been charged with conspiring to sell or supply methylamphetamine and money laundering.
He was refused bail and is due to appear in the Perth Magistrates Court today.

Detective Senior Sergeant Ray Horne from the Organised Crime Squad said the Established Criminal Network has remained on the WA Police Force radar, as detectives continued to investigate those further up the chain of command.
“The arrested man had been included on WA Police Force’s ‘West Australian Regional Priority Organisation Target’ list. The WARPOT list represents those targets that are the highest priority for our organised crime investigators, and includes those people at the higher end, or at the
very top of criminal networks," he said. 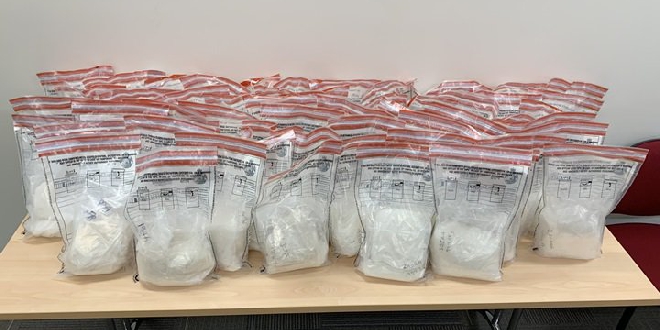 PIC: WA Police
“A criminal network involved in the movement of 59kg of Methylamphetamine presents a real and immediate risk to the WA community, and our investigation didn’t stop last year when the first arrests were made – we have continued to gather intelligence and evidence to target those further up the chain of command.
“It is no surprise that there is such a strong link between what is a significant amount of illicit drugs and an outlaw motorcycle gang.
"The criminal activity undertaken by members and associates of outlaw motorcycle gangs directly contribute to the drug harm we see in our community every day, and we will continue to focus on identifying, disrupting and dismantling the criminal networks that hide among those gangs.”