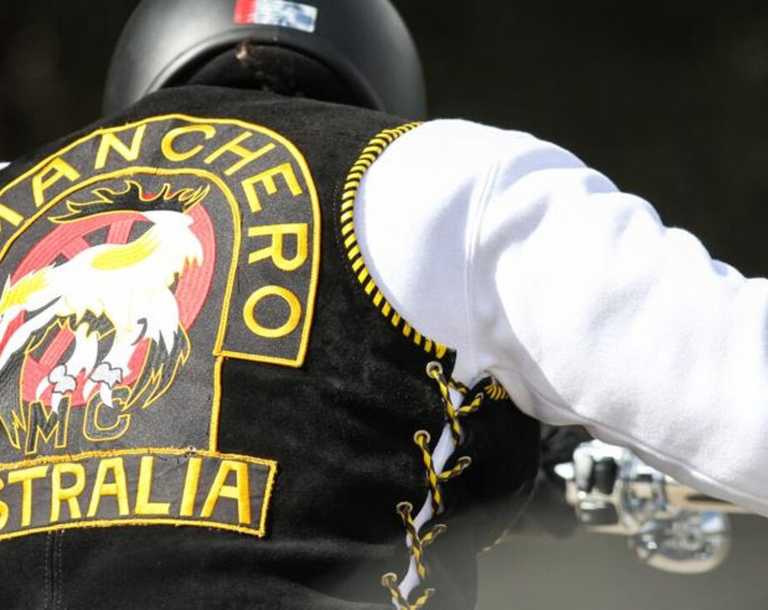 A lawyer has been sentenced to two years and nine months imprisonment after being convicted of laundering $2.2 million for the Comancheros Motorcycle Club .

He was sentenced alongside Comancheros vice-president Tyson Daniels on Monday at the High Court in Auckland by Justice Gerard van Bohemen.

Daniels was sentenced to four years and eight months imprisonment. The pair were arrested, along with seven other co-accused, following a series of raids across Auckland in April, which saw more than $3.7 million in assets seized along with luxury cars, motorcycles, luxury luggage and jewellery.

The police investigation was into the supply of controlled drugs from the the New Zealand chapter of the Comanchero Motorcycle Club, an organised criminal group.

Both Daniels and Simpson played a crucial role in this operation, Justice van Bohemen told the court.
As the gang's lawyer, Simpson was the "key facilitator" in laundering the money through accounts he set up, and through other means to avoid detection, he said.

"You made it work for the funds to flow."
Justice van Bohemen said he accepted Simpson did not know immediately the funds were coming from drug offending.
"But, I cannot not accept your culpability stops at naiviety."
Simpson's lawyer, Guyon Foley said Simpson is a loving father of five children, and a modest man with no previous convictions.
"He was known as a good lawyer, honest, very caring of his client, of whom he always placed first," he said.

Foley said the defendant accepted his offending, believing he was "targeted and groomed" and he naively believed his clients and their reasons they gave him for the origin of the money.

Simpson's wife of 16 years, said financial gain had never been a motivator in the couple's lives.
Daniels, who was sentenced alongside Simpson, had pleaded guilty to one charge of participating in an organised crime group and nine counts of money laundering in November, 2019.

Defence lawyer Marie Dyhrberg asked there be a reduction in his sentence for the guilty plea. Justice van Bohemen said what was "glaringly absent" in any of Daniel's submissions was any remorse for his actions.

The sophisticated nature of the offending involved the use of a construction company that engaged in legitimate work which was used to launder money to avoid detection.

It should be considered the "worst of its kind", he told the court.

COMANCHERO FACTS
- The Comanchero Motorcycle Club was formed by William George "Jock" Ross, a Scottish immigrant, in Sydney in 1968.
- Ross chose the name after seeing the John Wayne film The Comancheros.
- In 1982, a second chapter was formed by Anthony Mark "Snoddy" Spencer. When visiting the United States, Spencer met members of the Texan motorcycle club, the Bandidos, and the two gangs became allies.
- The Bandidos eventually patched-over the second Comanchero chapter to become the Bandidos' first Australian chapter.
- The Comanchero and Bandidos are now rivals and, in 1984, the two clubs were involved in the Milperra massacre in Sydney, a shoot-out which left seven people dead, including four Comancheros, two Bandidos, and a 14-year-old bystander.