Blog claims Hells Angels start chapter in mid Michigan, police not so sure

Published by MC & Gjengkriminalitet February 14, 2020
Several blogs are claiming the California-based Hells Angels motorcycle club has recently set up a charter in mid-Michigan.

The article, credited to Scott Burnstein, cites an announcement on the club’s website as the source of the information. A brief line on www.hells-angels.com states a new charter was established in Michigan in February. A map on the website shows a charter established in Michigan in 2020. The location shown on the map is closer to Lansing than Mount Pleasant. No additional details are provided. 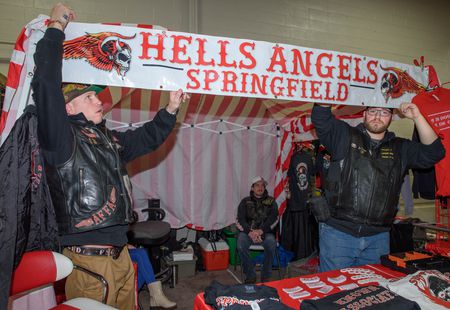 The rival Outlaws motorcycle club has four chapters in Michigan, specifically in Bay City, Grand Rapids, and two in Detroit, according to their website.

Isabella County Sheriff Mike Main on Thursday said he has read the report about the Hells Angels and has looked into its claims.
“I can tell you, we’ve seen nothing,” Main said. “We’ve received no actual intelligence indicating such. Anything could happen and we’ll keep our eyes open and monitor the situation.”

Mount Pleasant police echoed the sheriff’s sentiment.
“We actually have nothing to support that that is occurring at all," said Officer Autume Balcom, the Mount Pleasant Police Department’s public information officer. “We have no information on that.


We have run it by a couple of people in the department and our detectives, but we just have no information to support that.”

MLive was unable to reach a Hells Angels representative or Burnstein.
The first Hells Angels club was founded in 1948 in the Fontana/San Bernadino area of California, according to the organization’s website. Since then, the club has expanded its presence to 26 states and dozens of countries Worldwide.