'I pleaded guilty to two murders because I did it, I didn't do this': Bandidos bikie who beat the mother of his child to death insists he's innocent of bashing a prison guard

A Bandidos bikie who bludgeoned the mother of his child to death with a fire hydrant cover has insisted he did not assault a prison guard.

Lionel John Patea, pleaded guilty to the murder of his ex-girlfriend Tara Brown in September 2015 and his part in the murder of Gold Coast man Greg Dufty in July that year.

'I pleaded guilty to two murders because I did it, I didn't do this,' Patea said at Townsville Magistrates Court, The Townsville Bulletin reported. 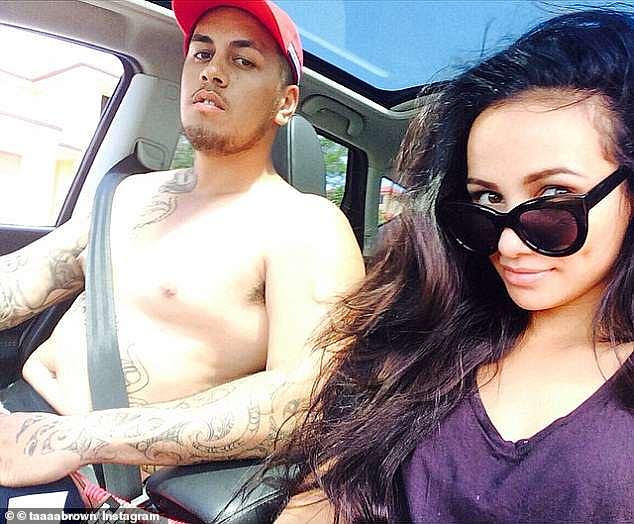 Lionel John Patea pleaded guilty to bashing his former girlfriend Tara Brown (pictured together) in September 2015
Patea said he was frustrated after a CD player that did not belong to him was taken away after he had spent six months in solitary.

He was then taken to his cell but began swearing and threatening officers.
Prison guards were trying to put Patea in handcuffs and move him to the detention unit.
Patea was caught on CCTV footage headbutting and kicking his cell door and after officers entered the cell he allegedly hit a guard who was carrying a shield.

'I wasn't in the best headspace, but I tell you right now, I didn't assault someone,' Patea said. 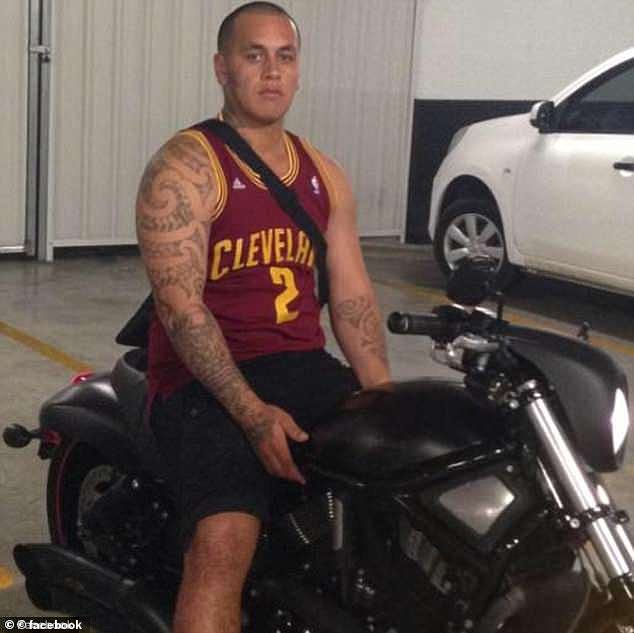 Patea has been accused of assaulting a corrections officer at Townsville Correctional Facility in January last year
'If you're trying to tell me I elbowed old mate (the corrections officer), I want to see a clearer version of it, because I didn't (elbow him).'

Patea argued the footage showing him attack the officer was unclear.He has pleaded not guilty to common assault. Magistrate Cathy Wadley said she is yet to make a decision and a future court date has not been set.

During the time of Ms Brown's death, she had been hiding from him at a safe house and friends' homes.

She had taken a domestic violence order against him just days earlier. In September, 2015 he ran Ms Brown off a road down an embankment before bashing her to death with the hydrant cover.

The pair had been in a relationship for four years. 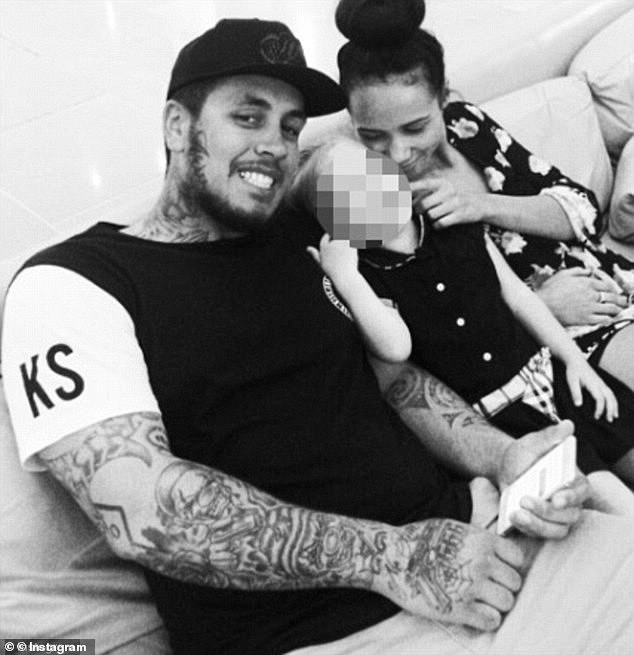 Patea is serving two life sentences over the murder of his former partner Tara Brown (pictured together) and Gold Coast man, Greg Dufty