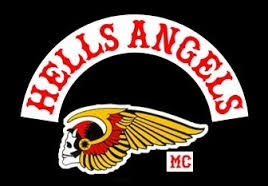 A well-known Quebec boxing promoter is defending himself before a tribunal against accusations stemming from two of his boxing cards, including claims he fixed a bout and hosted members of criminal biker gangs in reserved ringside seats.

The hearing against Groupe Yvon Michel began Tuesday in Montreal before an administrative tribunal of the provincial authority that oversees combat sports.

Mario Lacroix, the authority’s representative, told the tribunal of several irregularities that he said occurred during boxing events in May and September 2019, promoted jointly by Michel’s company and New Era Fighting.

Lacroix said he saw members of the Hells Angels biker gang in the ringside seats reserved for the promoters during a Sept. 20 bout at Montreal’s Centre Pierre-Charbonneau. Lacroix added that he saw two separate sets of security teams that night, including one agent who had a Hells Angels tattoo on his forearm.

He also said he thinks a charity bout between strongman Hugo Girard and mixed martial artist Patrick Cote was fixed and did not respect provincial regulations.

Det.-Sgt. Erick Monfette of the Montreal police also testified that police photographed numerous people connected to criminal groups or members of their entourages at the Sept. 20 event, although he said he never saw anyone in the photos with a Hells Angels tattoo.

Joliane Pilon, lawyer for Quebec’s Regie des alcools, des courses et des jeux, presented the tribunal judges with a long list of bills and invoices that were either destined to New Era Fighting or paid by Michel’s co-promoter. Pilon attempted to show that a third party — who wasn’t licensed to hold a sporting event — was behind the boxing card.

Michel’s lawyer, Martin Pichette, said many sporting events are co-organized by groups that aren’t specifically licensed to do so. It happens all the time with junior hockey clubs, for instance, Pichette told the tribunal.

Michel told reporters outside the courtroom that New Era Fighting was a co-promoter, but his company — which was properly licensed — was the main organizer.

All the responsibilities for the boxing cards fell to his company, he said.
“I think their evidence and their arguments are thin,” said Michel, who has denied all the allegations and is scheduled to testify Wednesday. “I think they are not conscious of the reality that we are in.”

He said his testimony will help the authority understand its own rules.
“It’s clear,” he said, “that they are trying to sully my reputation and my credibility.”

This report by The Canadian Press was first published Feb. 18, 2020.