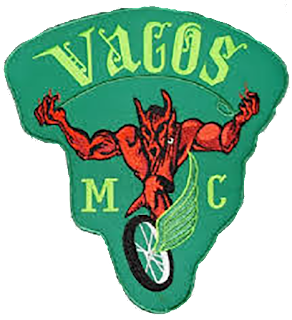 Those crimes included the killing of a rival Hells Angels leader in a shootout at a northern Nevada casino in 2011.

U.S. Justice Department attorney John Han urged the jury to remember what they heard on wiretaps and recordings made by an undercover agent who spent 22 months posing as a Vagos member, and not just the discredited testimony of former Vagos member Gary “Jabbers” Rudnick.

Rudnick’s role as star witness was stunningly repudiated in September when he admitted lying on the witness stand about Vagos leader Pastor Fausto Palafox issuing a “green light” go-ahead to kill Jeffrey Pettigrew, then-president of the Hells Angels chapter in San Jose, California.
There was no “green light,” Rudnick admitted.
“People lie. That’s part of human nature,” Han told the 10 women, two men and one alternate remaining from a panel of 16 people picked in July for a trial they were told was expected to last until Thanksgiving.
“But tapes don’t lie,” Han said. “It’s the defendants’ own words, when they don’t know they’re being recorded.”

The assertion drew one of many interruptions and objections from defense attorneys whose claims of prosecutorial misconduct and requests for dismissal of the case as unfair have been rejected by U.S. District Judge Gloria Navarro.
“Lying is a crime, especially under oath,” protested attorney Michael Kennedy, representing admitted Vagos member Ernesto Gonzalez, who shot Pettigrew. Kennedy accused Han of improperly downplaying Rudnick’s lies as “unfortunate” mistruths.

It will be up to the jury, Navarro said repeatedly, to decide the facts of the case and determine guilt or innocence based on their interpretation of her instructions about the law.
Deliberations resume Thursday. They are expected to take at least several days.
Palafox, Gonzalez and co-defendants Albert Lopez, Albert Perez, James Gillespie, Bradley Campos, Cesar Morales and Diego Garcia have pleaded not guilty and did not testify at trial. They range in age from 36 to 70, and all live in California. Their attorneys said the government didn't prove its case.

Not all men face the same charges. But collectively they are accused of conspiring since 2005 to deal drugs and commit violent crimes including murders, robberies, extortion, kidnappings and deal drugs in California, Arizona, Hawaii, Oregon, Utah and Nevada.

Kennedy argued that Gonzalez was within his rights to defend himself and others when he shot Pettigrew.

The jury learned that Pettigrew argued with Rudnick, and it was Pettigrew who threw a first punch, pulled a gun and fired several shots during a two-minute melee. Gonzalez shot Pettigrew as Pettigrew and another armed Hells Angels member stood over a fallen Vagos member, kicking him in the head and neck.
“The story doesn’t start at the Nugget, and it doesn’t end at the Nugget,” Han said Wednesday, referring to the casino in Sparks and a history of battles between Vagos and Hells Angels over territory and respect in California dating to 2005.
“This was a group of people associated together as part of the Vagos,” the prosecutor said. “The fact that defendants commit personal acts of violence is evidence of the criminal enterprise.”
“The war continues,” Han concluded, “an ongoing war between two motorcycle clubs. To suggest these people are heroes ... insults your intelligence.”