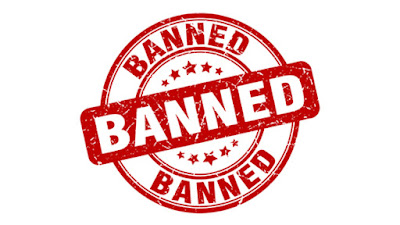 
An organised crime group with links to the U.S. and Australia has been added to the list of gangs whose patches are prohibited from government buildings.

Police Minister Stuart Nash says the Mongols Motorcycle Club is considered by Australian law enforcement to be one of the five worst outlaw motorcycle groups currently operating in Australia.
“The establishment of the New Zealand chapter of the Mongols MC was likely sparked by the arrival of outlaw motorcycle group members from Australia,” Mr Nash said.
“Australian-based gangs like the Rebels MC first started arriving in 2008 and soon became well-established. Since 2015, more than more than 1800 offenders have been deported from Australia.

They are bringing a level of professional organisation and business skills to the meth trade which has not been seen before
“Police have been taking action against Mongols MC members. The gang is an organised crime group with global reach and networks. They are involved in serious criminal activity including the supply and distribution of illicit drugs and the use of violence including assault, blackmail and extortion.
“The ban on displaying the Mongols MC patches follows Police advice that its members share a common identifying insignia and actively promote, encourage or engage in criminal activity.

“Gang insignia is intended to intimidate the public and other gangs. It is designed to claim ownership of a physical space and to encourage the recruitment of gang prospects. We will not allow the Mongols MC to advertise its presence in this way.
“We need to make all efforts to disrupt the activities of this gang and others, to reduce harm in our communities. We will deny gang members or associates the ability to display their insignia in any government premises. This includes court buildings and Work and Income offices, libraries, schools, public hospitals, some sports grounds and public swimming pools.
“Restricting the display of gang patches, by itself, will not prevent the harm caused by organised crime groups, which include white collar offenders with links to gangs. However when combined with other initiatives, such as tougher penalties for gun crime, asset seizures, and more cops on the front line, it contributes to a safer community.
“The number of Police on the frontline is now 10,085, an increase of around 1,250 officers, or 14%, since the start of the 2017/18 financial year. Police are also going hard against gun crime, and have seized almost 2,400 illegal firearms from gangs and other offenders in the past year.
“Since 2017 Police have also seized cash and assets of more than $100 million from gangs. Police have established a dedicated Gang Focus Unit in Hawke’s Bay, which arrested more than 100 gang members or associates in its first six months.
“The prohibition on Mongols MC patches was agreed prior to the lockdown and takes effect from today, 24 April 2020. It is the second gang insignia I have prohibited from government sites, after also banning Comancheros gang patches in 2018.
“Police need the community’s help to make a difference. Please call them if you have any information about gangs, drugs or firearms. It can be reported via the 105 number. Information can also be provided to Crimestoppers anonymously on 0800 555 111. Anyone with immediate concerns for their safety or the safety of others should call 111,” Mr Nash said.

The ban on gang patches under the Prohibition of Gang Insignia in Government Premises Act applies to central and local government premises and schools.