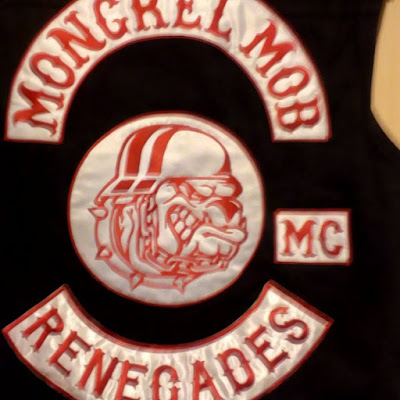 Police Minister Stuart Nash is coming down strongly on gangs which are setting up their own illegal roadblocks, slamming them as "ratbags and renegades".

He told MPs that police were dealing with instances where people are being stopped on roads by anyone other than the police.
"Where, however, [roadblocks] are set up by ratbags and renegades without the support of the local community or the police, then police will take this very seriously," he told the Epidemic Response Committee on Tuesday morning.

The comments came after National brought to his attention an incident where an older man had been stopped by a member of the Mongrel Mob while he was out to get milk.

The man, who was "very distressed", contacted his local MP, National's Anne Tolley, to raise his concerns.

She said the man did call the police to complain about the illegal roadblock.
"The police did get back to him some time later, but the gentleman felt they were saying they could do nothing about it," Tolley said.

She said she understood that people wanted to protect their communities, but in New Zealand people should have the basic right of passage.
"If it's not managed well, I'm worried it could get out of hand."

Nash told MPs this morning that gang-run roadblocks were "certainly not appropriate".
But he did say there were instances where it was okay for community groups and organisations to set up checkpoints, as long as they were working with police.
"But, if people are trying to block main arterial routes, that's not on," Nash said.
"They [police] are very keen to ensure everyone is obeying the law and that communities are kept safe and that people are held to account if they break the rules."

Tolley said it was her understanding that a number of other groups were planning on setting up similar roadblocks very soon.
"I am aware of several around Tairawhiti in the planning stage by concerned locals wanting to prevent outsiders moving in to the area as we step down the lockdown stages."