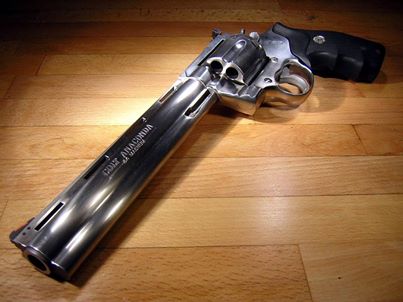 A motorbiker has urged the Supreme Court to overturn his conviction for the murder of a member of a rival club in Co Limerick.

Alan McNamara’s appeal raises important issues about the scope of the provocation defence and the five-judge court reserved judgment to a later date.

The court has said the law on provocation “is not settled and requires to be considered”.
McNamara (52), from Mountfune, Murroe, Co Limerick, was found guilty in 2017 of the murder of Andrew O’Donoghue, who died after being shot by McNamara at the gates of the Road Tramps motorcycle club at Mountfune on June 20th 2015.

McNamara denied murder and the core argument in his appeal is the trial judge erred in not permitting a defence of provocation go to the jury. Among the issues raised is whether the reasonableness of McNamara’s alleged loss of self control in response to alleged provocation should be decided on the basis of a subjective or “reasonable person” objective test.

The appeal hearing was conducted on Monday via a virtual video conference which could be observed in the Supreme Court where the court’s registrar John Mahon sat. McNamara observed it from the Midlands Prison and members of Mr O’Donoghue’s family also observed via video conference.

McNamara claims he was provoked arising from an attack on him and his wife outside a pub the previous evening by members of the Road Tramps who claimed he was in their “territory”. That was followed by a drive-by incident at his home later that night where three members of the rival club made threats to kill him. Mr O’Donoghue was not involved in either of those incidents.

McNamara, who was armed with a sawn-off shotgun, said he shot Mr O’Donoghue because he believed a metal bar in the latter’s hand was a firearm. He told gardaí he never intended to kill Mr O’Donoghue and expressed remorse.

After his appeal was dismissed by the Court of Appeal, the Supreme Court agreed to hear a further appeal centred on whether provocation should have been let go to the jury.

In submissions on Monday, Hugh Hartnett SC, for McNamara, said the existing law on the defence of provocation cannot be explained in a digestible way to a jury and requires reform.

In this case, the trial judge was required to ask whether there was evidence which might lead a jury to decide there was a loss of control by McNamara, he said.

The events of the previous evening and day of the shooting were evidence of “cumulative” and “extreme and intended” provocation. McNamara was in a state of “fear and panic” as a result and it was for the jury to decide whether the cumulative effect of the events amounted to provocation leading to McNamara losing control, counsel argued.

The courts’ focus should be on the state of mind of the accused person and not whether or not the deceased person was blameworthy for the alleged provocation, he added.

Opposing the appeal, Michael Delaney SC, for the DPP, said what was involved here was “retaliation” rather than provocation.

There was “plenty of evidence” to show McNamara was in control of himself on June 20th, 2015, including he had been in phone contact with his insurance company, counsel argued.

The provocation defence is aimed at striking a balance between reduced culpability and the protection of society and it is public policy to reduce incidents of fatal violence, he said.

It is “difficult to improve” on remarks by the late Mr Justice Adrian Hardiman in another case that there is “a minimum degree of self control” which each member of society is entitled to expect of its fellow members as, otherwise, “social life would be impossible”, counsel submitted.