Published by MC & Gjengkriminalitet May 15, 2020
Police have found drugs, firearms and stolen property while searching the Canterbury headquarters of international bikie gang the Mongols MC.

State Highway 1 was blocked as armed police raided the pad at The Old Sawmill in Burnham, south of Christchurch, about 6.15am on Thursday.

The road re-opened shortly after 7am.

The property is home to the Mongols, which established a Canterbury chapter earlier this year.

A spokesman said police were carrying out a "pre-planned search warrant".
There were several people, including two patched gang members, at the property at the time of the raid.

A 35-year-old man had been charged with possession of an offensive weapon, namely an extendable baton.

The spokesman said police had found a shotgun, shotgun ammunition, gun parts, an imitation firearm, stolen items and a small amount of cannabis. Guns found during a raid at the Mongols MC's Canterbury gang pad in February.The Mongols, led by national president Jim Thacker, established a chapter in the Bay of Plenty last year.

The gang's expansion into Canterbury created tension among rival groups, particularly the Tribesmen MC, which was considered the dominant player in the region's underworld at the time.

In separate attacks in February, believed to be targeted at the Mongols, a tattoo parlour and a barbershop were rammed by vehicles in Christchurch. The barbershop, which has no apparent link to the gang other than through a man who used to associate with the local president, was also firebombed.

The same month, the Mongols' Burnham headquarters was shot at by someone wielding a high calibre rifle.

Days later, police raided the property and found 10 guns - military-style semi-automatics, shotguns, and a pistol - some of which were hidden in the walls and ceiling, dozens of bullets, $50,000 cash and methamphetamine. 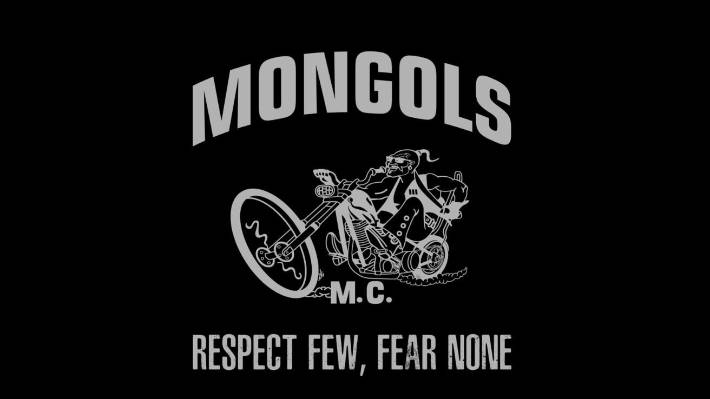 The Mongols are one of the world's most feared bikie gangs.
Police in Canterbury have arrested more than half a dozen Mongols members in recent months, including the local president and sergeant at arms.

There has been a shift in the country's gang landscape in recent years, which is, in part, due to the arrival of hundreds of hardened criminals, known as 501s, deported since 2014 changes to Australian immigration law.

New groups, most notably the Comanchero and the Mongols, have established and, according to police data, gang membership has increased 50 per cent since 2016.

At the end of August, the national gang register carried the names of 71 of the 501s. Police previously said many of the deported gang members were powerful and influential figures in the Australian underworld who brought with them professionalism, a new flashy image and significant international connections.

Earlier this month, Assistant Commissioner Richard Chambers said there had recently been "a desire by criminal networks to move more into the South Island and we've seen that with the Mongols and others down there in Christchurch".

Chambers confirmed police were setting up a South Island branch of the National Organised Crime Group that would be based out of Christchurch and report to Police National Headquarters.

The new specialist group, that police hoped to have up and running by the end of June, will focus on gangs with international links.

In the 12 months to December last year, the number of Canterbury-based gang members increased 16 per cent to 548, police figures show.