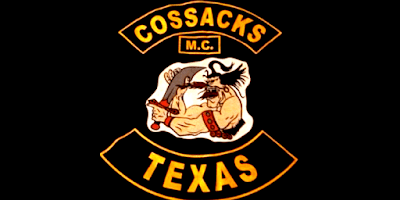 SMITH COUNTY, Texas (KLTV) - Information released by authorities shows three men arrested for allegedly shooting and killing a man on a motorcycle in Smith County chased him down in a truck before shooting him multiple times.


Jeffrey Ryan Griffin, 30, of Hewitt, Joshua Ray Tibbits, 29, of Waco, and Jose Antonio Valenzuela, 31, of Longview were all arrested and charged with murder. Their bonds are set at $2.5 million each.
According to an arrest affidavit obtained by KLTV, on May 2, officials responded to the 16480 block of FM 850 in Arp for a reported motorcycle wreck. When they arrived, the found the victim, Brandon Edwards, who had been shot and was dead.

The affidavit said upon processing the scene, detectives learned there were several handgun shell casings in the area, both before and after the location of Edwards, both on the roadway and on the grass besides the roadway. Casings for both 9mm and 40 caliber handguns were discovered indicating the possibility of multiple shooters.

The affidavit said responding deputies saw that Edwards was wearing a motorcycle club jacket depicting him to be a member of the 1%er Cossacks Motorcycle Gang Rose City Chapter. Detectives later interviewed a member of the club who said the only known hostility towards the club was from the Original Ugly Man Cossack club. He also mentioned the name ‘Barcelona.’

Detectives also spoke with neighbors and located a security camera approximately a quarter mile from the location of the accident. The owners of the camera agreed to share the camera with detectives. Detectives reviewed the footage and found footage of the victim driving east on FM 850 on his motorcycle with what appeared to be a white Dodge Ram four-door flatbed truck following close behind. Both appeared to be traveling at a high rate of speed according to the affidavit.

Detectives were also told by witnesses in the area it was apparent the motorcycle was being chased by the truck and shortly afterwards they heard multiple gunshots.

The affidavit said later on, detectives began researching the Original Ugly Man Cossack club to attempt to locate or identify ‘Barcelona’. Detectives were able to locate a Facebook profile with the name ‘Jose Cossack Barcelona’. Further research revealed the account belonged to Jose Antonio Valenzuela, AKA ‘Barcelona’. Detectives also found a photo of a flatbed truck similar to the description of the truck depicted on the security camera on the Facebook account.

The affidavit said after locating the photo of the truck, detectives sent a team out to attempt to locate Valenzuela or the suspect vehicle at a known address in Longview. Upon arriving, detectives observed a white 2018 Ram Flatbed leaving the location, ultimately getting on I-20 heading west towards Dallas. The affidavit said after observing the truck make multiple lane changes without signaling, patrol deputies conducted a traffic stop on the vehicle. Valenzuela and four others were removed from the vehicle, detained, and taken to Tyler for an interview.

The man also said he saw a man identified as ‘Woodwerk’ arrive at the location. Detectives would later identify him as Joshua Tibbits. The affidavit said the man interviewed did not physically see Tibbits exit the flatbed truck with Valenzuela, but his arrival led him to believe the two had been together.

The man said he left the party at approximately 10:30 p.m. and eventually saw the headline about the shooting that had occurred. The affidavit said the man told detectives he was nervous that Valenzuela and Tibbits may have been involved in the homicide because they were both gone around the time it occurred and also in the same area of Smith County it happened.

Detectives then interviewed Valenzuela who told them about his membership with the Original Cossack Motorcycle Club. Detectives asked him if he had left the house on May 2 and Valenzuela said he hadn’t. When told other people’s stories didn’t corroborate Valenzuela’s account, he said he had in fact left the house May 2, but didn’t want to talk about it because it was sensitive ‘club business’.

The affidavit said detectives asked Valenzuela if he was anywhere while he was out of the house on May 2 where he may be on camera and Valenzuela said he would possibly be on camera at a Whataburger in Liberty City with some ‘brothers’. He was asked where they came from if he was alone and Valenzuela changed his story again saying the truth was there was a member of the Cossacks that he really didn’t like and that he had begun having a relationship with that member’s wife. Valenzuela said the two members that were with him at Whataburger were driven to the woman’s residence by a third member and Valenzuela arrived later and the two members stayed outside to “watch his back” while he went inside. The affidavit said Valenzuela refused to provide the names of the two men or the women who could corroborate his story.

Detectives later told Valenzuela that there was footage of the victim driving his motorcycle on FM 850 being followed by a suspect vehicle that appeared similar to Valenzuela’s truck. After showing him a clip of it, the affidavit said Valenzuela became defensive and said, “that’s not my truck, it just looks like my truck”. Valenzuela eventually terminated the interview and requested an attorney.

The affidavit said on May 5, detectives drove to Waco in an attempt to locate the other two people suspected of being with Valenzuela. Detectives found Jeffery Griffin and interviewed him and he stated he and Tibbits had been in Longview May 5 to help ‘Barcelona’ move into a new house. The affidavit said Griffin told detectives Valenzuela was already living at the location, but they were going to help unpack and hold a party.

Detectives then confronted Griffin and told him there was video footage of him at Whataburger in Liberty City. Griffin admitted they had gone to Whataburger and identified himself, Tibbits, and Valenzuela there. Detectives also told Griffin about the knowledge of the victim being chased down by a flatbed truck and showed him the video. The affidavit said Griffin’s demeanor changed and he appeared concerned. He then said that if detectives believed he was guilty of murder, then he needed an attorney.

The affidavit said the statements given to detectives led them to believe probable cause existed for the arrest of the three individuals.