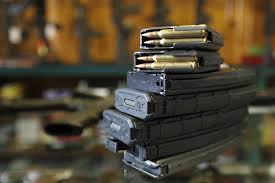 A shootout in a bar parking lot in Spring left one person dead and two injured overnight.

The shooting happened just after midnight right outside The Stadium Bar and Grill off the North Freeway on Spring Cypress Road. According to the Harris County Sheriff's Office, the shootout occurred in the parking lot between two outlaw motorcycle gangs.
Investigators say 80-100 bullets were fired during the shooting. One man stumbled back into the bar after he was shot, where he unfortunately collapsed and was pronounced dead on the scene.

Authorities say two other men were shot. One was treated and released while the other was rushed into surgery and is in critical condition.
"The surveillance footage doesn't necessarily show...What we're seeing right now, we're not seeing the entire picture," Sgt. Wolfford said.