The return of the former Victorian president of the Comancheros gang is expected to inflame tensions with his successor, Mick Murray, amid speculation it is linked to a plan to regain control of the club, which has been weakened by the arrest of several senior members and internal feuding.

But Malkoun is also understood to be negotiating with a senior Mongols figure about defecting to the rival gang, which has emerged as one of the most powerful outlaw motorcycle clubs in the country.

Underworld sources said Malkoun's return would get "noses out of joint" and could substantially shift the balance of power between competing factions within the Comancheros and the two clubs.


Victoria Police declined to comment on Malkoun's return and what impact it might have on organised crime in Melbourne.

Malkoun, who left Australia in 2013, spent most of his time in Dubai where he counts members of the royal family among his friends and associates.

The 57-year-old, who is believed to walk with the aid of crutches, may have also returned to Australia to seek specialist medical treatment for extensive injuries sustained in a car bombing in Athens last year. 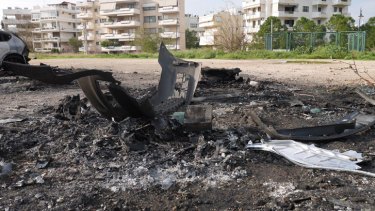 The site in Athens where Amad Malkoun's car exploded.Credit:Nick Miller

Malkoun had tried to start his Mercedes-Benz sedan in a car park outside a gym in the upmarket suburb of Glyfada when the blast occurred.

Dragged from the wreckage and rushed to the Asklipieio General Hospital, Malkoun was shifted to a private hospital, where he was protected by police and private bodyguards, amid concerns of further attempts on his life.

He would later spend months convalescing in Lebanon.
Greek police, working with Interpol and Australian law enforcement agencies, confirmed they were examining Malkoun's feud with elements within the Comancheros as a possible motive for the attack.

Sentenced to a decade in prison in 1988 over his role in trafficking $5.5 million worth of heroin between Melbourne and Perth, Malkoun has an extensive criminal network across Asia and Europe, including Russia, where he established a Comancheros chapter.


Last year, The Age revealed that Malkoun was set to reap up to $40 million from a proposed housing estate on his farm in Donnybrook, 35 kilometres north of Melbourne.

A business associate of the notorious underworld figure had lodged a planning application for a 194-lot subdivision on the 26-hectare property, which had previously been used to indulge his passion for Arabian thoroughbred horses.