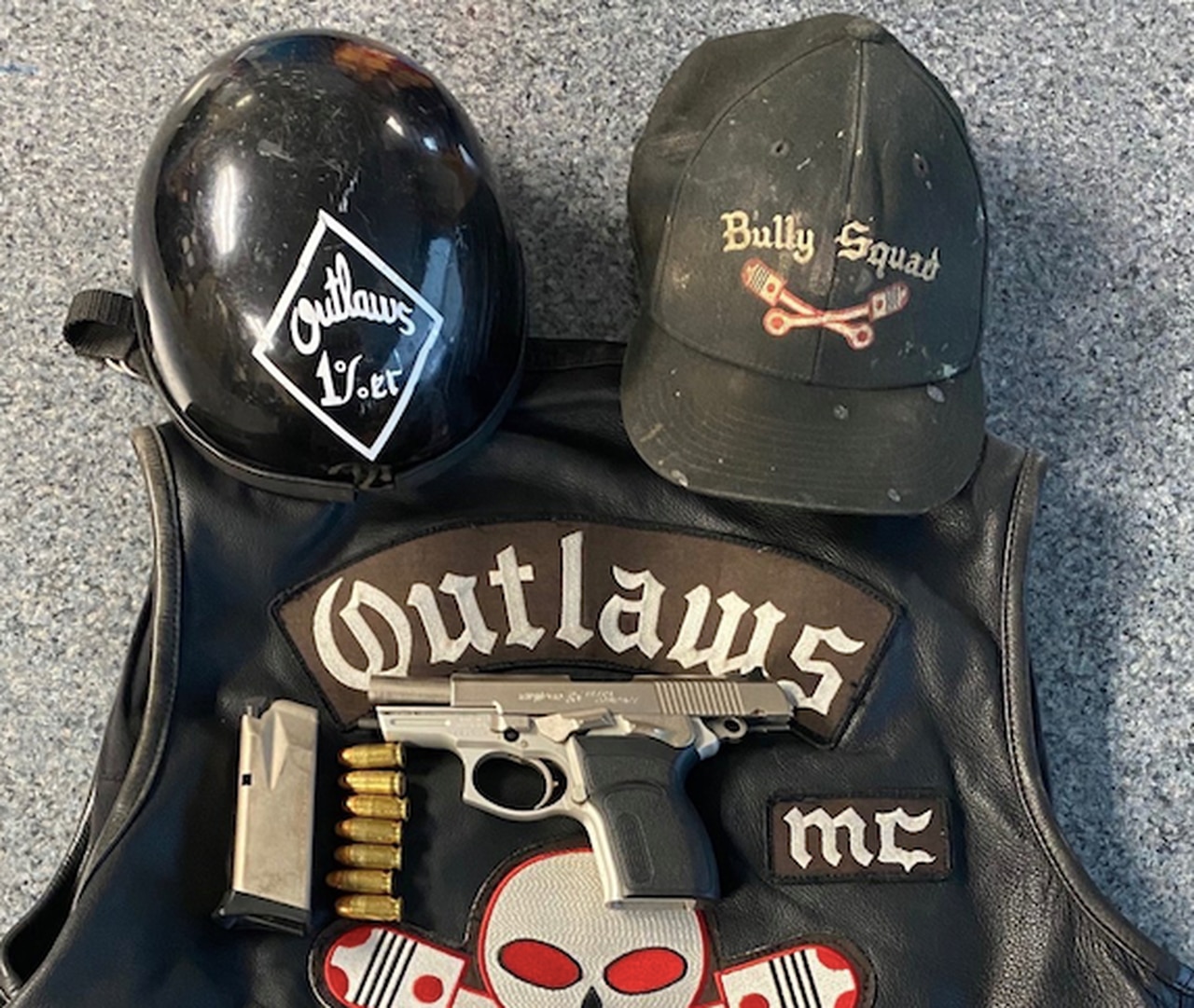 BROCKTON – A 58-year-old Whitman man who belongs to the Outlaw motorcycle gang was arrested by state troopers for carrying an illegal gun after a high-speed chase through Brockton, according to police.

Troopers assigned to the Massachusetts State Police Troop D Community Action Team saw two motorcycles “traveling much faster than the posted speed limit of 40 miles per hour” on West Chestnut Street in the city of Brockton on Friday around 6:15 p.m.
“Their estimated speed was near 70 miles per hour,” said Massachusetts State Police, in a statement about the arrest that was released on Sunday morning. “As troopers activated their emergency lights in an attempt to stop the motorcycles one of them fled at a high rate of speed toward West Bridgewater.”

McDonald was released over the weekend on $500 bail and is expected to be arraigned Monday in Brockton District Court.