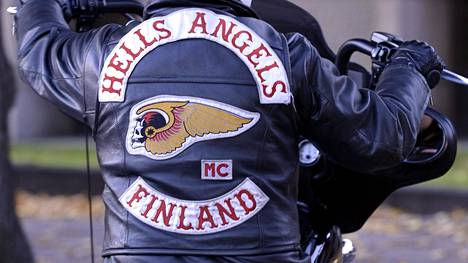 Information previously reported by the police shows that Niskanen is one of the angels of the motorcycle gang Hell.

Preliminary investigation 96 kilograms of amphetamine were seized.
Most of the substances were seized in early March 2020 in the Netherlands near the German border. At the time, authorities stopped the car, seized 86 pounds of amphetamine, and arrested those in the car. Authorities found another ten pounds in the stock they were riding.

The authorities changed the contents of the packages and delivered them near a hotel in Vantaa, from where Niskanen transferred the packages to his own car.

The findings involved 63-74% amphetamine. In the street trade, amphetamine is often milder than this.

several The actions of the members of Hell’s angels have recently been the subject of police preliminary investigations and being assessed by the courts both in Finland and abroad.

Police have said that the preliminary investigation of the amphetamine case in Finland is part of the Dutch authorities’ Vidar operation. It has studied the import of amphetamine from the hellish angels to Great Britain and Finland, among others.

In the Netherlands, several people, some of whom belong to the Angels of Hell or Red Devils gangs, have been suspected of crimes, according to police. The Red Devils are a subgroup of the angels of Hell.

In the Finnish case, another man was also sentenced to seven months in prison. He was convicted of a drug offense, an explosive offense, a felony firearms offense, and possession of a dangerous object.