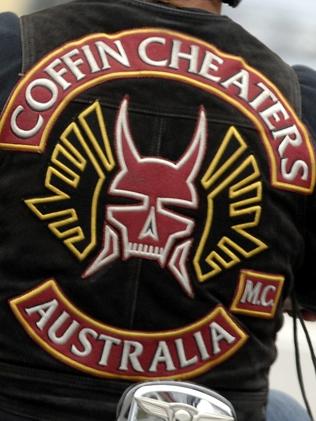 Notorious Perth bikie Troy Mercanti has been arrested again after allegedly breaching the conditions of his post sentence supervision order.

The former Coffin Cheater was arrested in Karrinyup on Friday and will face Perth Magistrates Court on Saturday morning after spending the night in police custody.

Police allege the breach of his post sentence supervision order, which bans him from drinking alcohol, entering a bar or associating with bikies, occurred this month.

Mr Mercanti made headlines in recent weeks after he was granted permission in the Perth Magistrates Court to travel to NSW to attend a gang funeral.

Despite interstate travel restrictions remaining in place for West Australians because of coronavirus, WA Police prosecutors did not oppose the move to have Mr Mercanti's strict bail conditions altered, which they later admitted was a mistake.

The 53-year-old has been accused of breaching parole conditions by mixing with gang associates and visiting licensed venues but was granted leave to fly interstate, where he rode alongside 85 members of the Mongols outlaw motorcycle gang for the funeral of a patched bikie member.

Mr Mercanti flew back to Perth on June 29 and was put under two-week quarantine, but he was later arrested by Gang Crime Squad detectives at a Kingsley home for allegedly breaching his bail and supervision order.

However, the magistrate found there were "substantial issues" with these charges that needed working out – like whether they're even valid in WA – so Mr Mercanti was freed on bail to return to isolation, which ended this week.