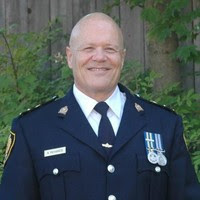 As I continue a pause to reflect on the obvious, I will comment on a recent article by Kim Bolan about the Edmonton Hells Angels mistreatment of a BC pot grower. When I first saw Kim's article I was a bit surprised it said something derogatory about the Hells Angels since her main source of information, the compromised BC Gang Task force is in bed with them here in BC.

Then I realized - Andy Richards. This is about how he wants the Hells Angels out of the legal pot industry so he can take over. It is a colossal conflict of interest. It all started when his security company Spire Secure Logistics Inc got involved in the legal cannibals industry. That's when Any and Kim teamed up to voice concerns about Hal Porteous' involvement in the medical marijuana business. Not long after that, Weird Hal was no longer a member in good standing.

Now they're going after the Edmonton Hells Angels. Now I've got no love for the 51 (Edmonton Angels). What they did in Greece was a disgrace to the entire organization. What they did through the White boy posse was deranged. There is even ongoing allegations of how, many years ago, they murdered a little girl because of her parents drug debts. That is f*cked up and they are f*ck ups. That's all there is to it. However, I still believe that the Hells Angels have just as much right to be involved in the legal pot industry as Andy Richards does. That's a free market.

The accusations against the two Edmonton Hells Angels regarding their mistreatment of a BC grower are believable. I'd say there is a 50% chance they are true. Locally the Hells Angels would have someone rob their own grow and make the grower pay back the debt all the time.

However, making a big deal about "illegal" pot and the Hells Angels involvement with legal pot is nonsense. Pot has been legalized. There is no such thing as illegal pot, just unlicensed pot. Obsessing over unlicensed pot defeats the purpose of the legislation and is a waste of tax dollars. Police, court and prison resources need to be used on more important things like crack, crystal meth and fentanyl. That will save lives and reduce violent crime.
Canada - GO/DW.
MC & Gjengkriminalitet
MC & Gjengkriminalitet is neutral ground.This blog has NO club's affiliation, we're only here to spread the news about what´s going on in GANGLAND around the World.