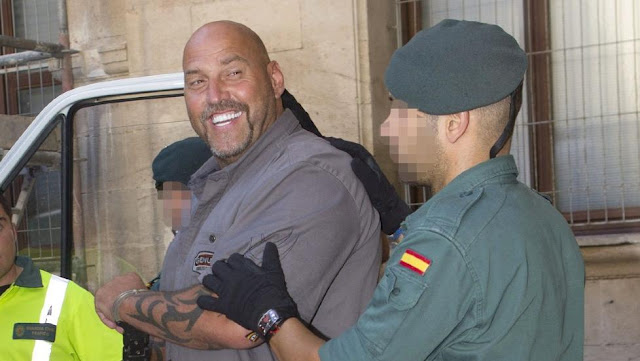 Hanover. In the trial of rocker boss Frank Hanebuth, the Hanover district court fined him and other defendants. A common bodily harm is not detectable, but a simple bodily harm is, said the presiding judge Monika Pinski on Thursday to justify the judgment. Hanebuth was fined 4,000 euros for coercion and support. A 46-year-old defendant was sentenced to 90 daily rates of 60 euros – that is, a 5400 euro penalty. He had therefore beaten the boss of a car workshop in Langenhagen near Hanover.

The judge said to the convicts: “What you did was wrong and will be punished, but proportionately.” The remaining three convicts have to pay fines of 1200 and 1500 euros, respectively. The indictment had been assault, assault, and violation of the Arms Act.

Both the public prosecutor, who had largely requested suspended sentences, and Hanebuth’s lawyer want to check whether they appeal against the verdict.

The court was convinced that Hanebuth was involved with other men when the 40-year-old car mechanic was beaten. The convicted belong to the rocker group Hells Angels, according to charges. In April 2018 the men appeared at the car mechanic. The incident is said to have been rent arrears of 2500 euros. The 40-year-old, on the other hand, spoke of a “conflict” over his ex-partner. This testified that she and her 26 year old daughter were threatened by the man. The victim largely refused to testify. The police “made an affair” out of the dispute.

In a raid in connection with the allegations, prohibited weapons, especially cartridges, were found on the Hanebuth estate in November 2018. According to Judge Pinski, this is a violation of the weapons law. Hanebuth’s lawyer’s remark that a cartridge in a belt pouch could be a lucky charm described her as “totally charming”.