President of the Nomads bikie gang is arrested in Canberra 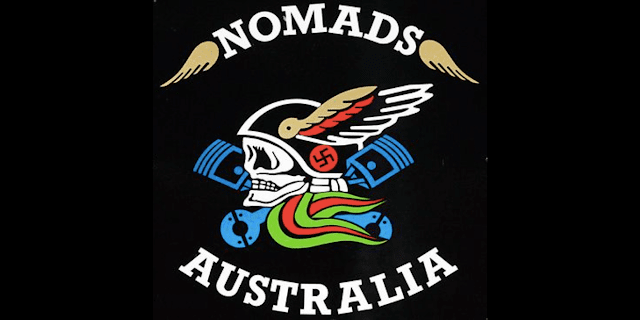 The president of the Nomads outlaw motorcycle gang has been arrested for his alleged involvement in three separate shootings.

Michael Wayne Clark, 34, has been accused of supplying guns used in three shootings in the Batemans Bay area last year.

The Canberra-based bikie boss was arrested in a car park on Wednesday wearing a black hoodie and blue track pants.

He is due to appear in the ACT Magistrates Court on Thursday, where NSW Police will apply for his extradition to NSW to face charges related to firearms and directing a criminal group.

Nine others have also been arrested and face 49 charges.

‘At this time, investigations are still ongoing in relation to ACT specific offences relating to drug and property matters,’ he said.

‘With the arrest of this Nomads national president, the influence of this club within Canberra is now extremely limited.’

‘If you wish to jeopardise the safety of the community through criminal activity in New South Wales, it is only a matter of time before we find you, no matter where you choose to hide,’ he said.

‘We will continue to work with our law enforcement partners across the country to ensure those who endanger the lives of others through their illegal behaviour, are put before the courts and held accountable.’