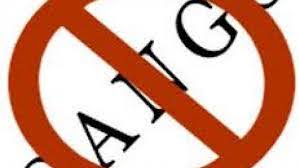 Gang busts are crucial to taking away the appeal of membership, says Minister of Police Stuart Nash, arguing that without the money and motorbikes, gangs lose their “sexiness”.

Speaking to Magic Talk’s Road to the Election host Mitch McCann on Sunday, the Napier MP argued that the seizure of assets is critical to preventing gang membership. Following a series of successful raids on the Mongols motorcycle gang in June, Nash said the arrest of leaders and confiscation of cash, property, and vehicles takes away the appeal for impressionable and disadvantaged youth.

“We’ve got to make it unattractive for people to join gangs. It’s why we’ve invested so much time and energy into confiscating assets, be them Harleys or properties or cash,” he said.

“You take away the ‘sexiness’ of being in a gang –  you see these guys riding big Harleys – there’s a lot of work [being done] to really harden up on that, to take away their assets. It’s no longer sexy to be a gang member because you don’t have the toys that come with [it].”

In June, ammunition, drugs, and cash were seized in a major sting involving more than 100 police staff executing raids at 10 properties across the Bay of Plenty, effectively putting an end to the regional chapter of the Mongols gang. Seventeen were arrested on a combined total of 263 charges following the bust.

The majority of its members had been deported from Australia, police said.

Nash noted New Zealand’s rise in membership – with almost 30 recognised groups and roughly 7000 known members on the national gang list – is partly to do with local gangs “patching up” at an unprecedented rate. He says the surge in membership coincided with the growing number of rival Australian gangs infiltrating New Zealand – such as the Mongols, Banditos, and Comancheros – when deportees began establishing chapters on our shores in 2010.

“As they have become established, our ethnic gangs, like the Mongrel Mob and Black Power, have patched up in a way we haven’t seen before,” Nash said.

The upwards trend in gang membership is also down to the Government’s efforts to expand the police force, Nash said. New Zealand Police has grown by 1300 officers in a three-year period, Nash confirmed, meaning the force is better equipped to crack down on organised crime.

“You tend to turn over more rocks and find more creatures underneath them,” Nash explained.

“We have gang-focused units in Tauranga, in the Eastern District, we’re putting one down in Christchurch… we’ve stepped them up. They are experienced men and women going after gangs.”

With a jab at National Party leader Judith Collins and her recent push for increased police numbers, Nash reiterated that around 2200 people have completed police college over three years.

“We’ve trained them as fast as we possibly can, we’re getting them out into our communities and they’re doing an awesome job at keeping our people safe,” he said.

“I’m a little bit cynical when I hear the leader of the Opposition talking about increasing police numbers – she’s talked about it, we’ve actually done it.”

Cracking down on New Zealand’s gangs has been a central topic this election year, with the Opposition planning on implementing a dedicated police squad to “disrupt the operation of gangs” should the party come to power, according to its policy document.

National has attempted to distance itself from its controversial proposal in 2019 for a ‘zero tolerance’ gang unit, modelled on the Strike Force Raptor unit in New South Wales. Yet appearing on Magic Talk prior to Nash, National justice spokesperson Simon Bridges confirmed the party will give police more resources to crack down on gangs if it’s elected come October.

“Are [police] resourced and equipped with the laws and the tools and, as I say, the resourcing that they need? No, they’re not.”

Bridges said National’s gang policy would implement a group that “harasses and disrupts gangs every day”.

“If you’ve got a patched gang member and they don’t have a rego for their bike – you go after that and you get into it and by doing that – you limit the harm that gangs are causing.”

The ACT Party has also put forward a policy promising to amend the Criminal Proceeds Act to hit gangs “where it hurts”. The policy, released in July, would allow the police to apply to the courts for an order to seize assets if a search finds an illegal operation, unlawful possession of a firearm, and a person who is a gang member or close affiliate.

Nash acknowledged there needs to be an increased focus on preventative measures, such as the necessary support services for families, whanau, and at-risk communities, and addressing the root causes of membership.

He said there needs to be more opportunities available for at-risk youth to ensure a life of crime isn’t seen as the only pathway.

“The police are, in most cases, the ambulance at the bottom of the cliff,” Nash said.

“We’ve got to get young people early.”