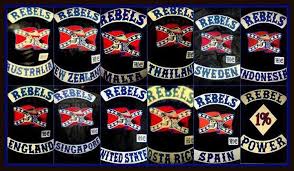 A Rebels outlaw motorcycle gang (OMCG) associate will appear in court today charged over the alleged supply of cocaine and ‘ice’ following an investigation into an alleged criminal network.

Detectives from the Criminal Groups Squad’s Strike Force Raptor established Strike Force Pavasovic to investigate the activities of criminal networks, including the supply of prohibited drugs, across Sydney.

On Tuesday 11 February 2020, detectives executed a search warrant at a home at North Richmond, where mobile phones, electronic storage devices and $3450 cash were seized.

As part of ongoing inquiries, a 25-year-old man was arrested at the North Richmond home on Friday 2 October 2020.

Police will allege in court that the man was involved in the supply of cocaine and methylamphetamine (ice) between November 2019 and February this year.

The man is due to appear at Windsor Local Court today (Friday 27 November 2020).

Strike Force Raptor was established in 2009 and conducts proactive investigations and intelligence-based, high-impact policing operations to prevent and disrupt conflicts, and dismantle any network engaged in serious organised criminal activity.